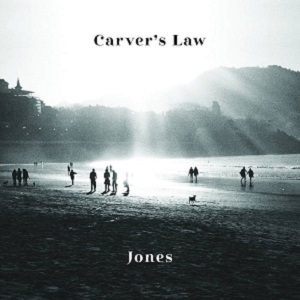 
For his fifth album Trevor Jones has collaborated with, among others, two fine musical free thinkers, Boo Hewerdine and Australian David Bridie. Trevor continues to produce the well crafted, nuanced songs that served him so well in Miracle Mile. His word play, his song writing and distinctive voice, when singing, delivering verse or writing, make an always interesting and often surprising album.

As a Country song ‘Drinking Alone’ would suggest a sentimental beer soaked macho exercise. In Trevor Jones’ deft hands its a short haiku like poem song describing hopes, fears and compromise. ‘Coleman’s’ is an ambient masterpiece, highly personal lyrics are crooned in Jones’ intimate vibrato over BJ Cole’s pedal steel perfection and a sublime clarinet or flute motif. As misty and ethereal as the best of Mark Holis or late Talk Talk. ‘Have A Sunset On Me’ is another country and western title on an intimate beguiling song. Marcus Cliffe’s piano is beautiful and Jones’ voice channels intimate David Bowie or a Randy Newman like intonation, delivering rich lyrics full of word play and truisms. ‘La Rentrée’ feels like the quiet song off a Prog rock album, stirring slow tempo Marillion or Porcupine Tree. The instrumentation is the same as the rest of the album, but the keyboards swelling BJ’s pedal steel and the snappy jazz rythmn give it depth and potency. ‘Gentle Down’ is an interlude with dream like atmospherics, but it demonstrates the pared back perfection of Trevor Jones’ writing and music, where he says just what he needs to say and nothing overstays it’s welcome. ‘Morning Pockets’ is another thoughtful ballad with depth. Brass and what sounds like a Mellotron add sixties swirl to a dream like song. ‘Every Dream a, Shadow’ is a glorious spoken piece, think a touch of John Cooper Clarke meeting Van Morrison’s soul riffing on Coney Island. Beautiful imagery and beautiful passages built around the sounds and rhythms of words. Leads perfectly into ‘Blackshore’ a song poem, part acoustic ballad, part poetry that fades to ambience. Trevor rather self deprecatingly sums up the collaboration on four of the tracks ‘David Bridie sent musical Postcards from Melbourne and I scrawled my name upon them.’ Whatever the gestation, the end result is wonderful. ‘Dust in My Throat’ is another poignant semi spoken piece with Trevor adding emotion and gravitas to the words. ‘And The Moon Led Me Home’ is a Richard Hawley style crooned soulful slow one, all smouldering organ and sweet pedal steel. ‘What’ll I Do’ leaps straight from dry layered brass into a stomping rock ballad and some searching angst lyrics. The performance travels from Atlantic Records brass section to BJ Cole’s almost Floydian wailing. By contrast ‘Le Mercury’ has a frail fractured vocal over a rippling piano, think late period Japan with the fragile vibrato on the voice and the melancholic ambience. That lyrical fragile ambience continues in ‘Hook And Tumble’ an evocative instrumental.

This is a, surprising and often difficult to smoothly classify album. Trevor Jones can be characterful and cracked doing thoughtful rock like Guy Garvey or Mark Holis. While he can also draw every nuance out of his words in rich spoken pieces, while sounding sincere and presenting in a way that is honest and evocative. Musically CARVER’S LAW wilfully frolics in the hinterlands between the well marked paths of genres. It veers between touches of Prog and slow ballad Rock to Jazzy sparkle and the kind of collar up against the rain ambience drenched melancholia that late Japan and the forementioned Talk Talk excelled in. The presence of musical mavericks like BJ Cole means you have to expect the unexpected and stop looking at the well travelled parts of the map.