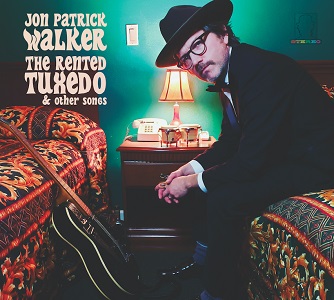 
Jon Patrick Walker's latest release seems aimed strongly at the easy-listening end of the market. All the songs are pleasantly melodic and well-performed, and the overall sound is one in which all the sharp edges have been rubbed off. In fact, it's as if the album had been recorded and then a treble-cancelling envelope applied to the whole thing. The sound is so soft as to be soporific, too much so for me I'm afraid.

Other reviews of this release point approvingly to the wide range of influences apparent in Walker's work - the Beatles, Nilsson, Bowie, Dylan, but, to my ear, these fail to coalesce definitively into an identity that one could call his own. Indeed, I spent my time listening to the album thinking, "Now, where did I hear that phrase before?", or "That production is just SO similar to X…".

My first thoughts on hearing the opening track, The Stars May Not Align, was its resemblance to I Can't Live (If Living Is Without You), the Badfinger classic made a hit by Harry Nilsson back in the 70s, but then I detected an overlay of Lennon's Mind Games. The title track had me singing Space Oddity over the instrumental arrangement. The chromatic rundown in Station Wagon is very reminiscent of a whole bunch of Radiohead songs. And so it goes.

This is not to say that these aren't carefully-crafted songs with a strong lyrical component - indeed, my advice to this artist would be to concentrate on his lyrics and find a compositional partner to write music for them that isn't so obviously indebted to other sources.