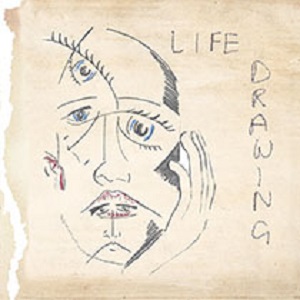 
2019's 'Life Drawing' is Suffolk based musician and singer-songwriter John Ward's eighth album. He has gained an enviable reputation over the years for his solo, duo and regular touring band shows, but also more widely in the world of Folk music as someone who works tirelessly to preserve and further the traditions not only with his own music, but also through the support he gives to others, workshops and active involvement in numerous projects.

The album was recorded at the Pond Farm Studio in East Anglia, mastered in London and of the 13 tracks here eleven are John Ward originals, one a co-write with Les Woodley and one John Ward/Traditional Arr credit.

Opening song 'Watching Old Faces Grow Young' introduces everything that is notable about John Ward. Atmospheric, evocative lyrics and a subtle musical accompaniment captures a sound that manages to be both ageless and timeless, a song that feels like it could have been written last week or last century. In the three years since the last record, John's voice sounds like it has deepened a little, a bit more weather beaten and rough round the edges which brings a pleasing husk that balances out his sweeter tones. Thematically, the track talks broadly around the power of playing music together as bonds and friendships form and builds slowly, gathers pace then bursts into the next number, the lively instrumental 'The Stanford Arms'.

'Jack The Lad', the ubiquitous tale of a mariner back on dry land after a spell at at sea is as lively as the title suggests pushing through on a choppy, percussive acoustic guitar part whilst 'Loves Eternal Triangle/Black Is The Colour' is slow, thoughtful and reflective boasting a fine guitar figure and some particularly strong ensemble harmonies that serve to seamlessly blend John's original song with the traditional 'Black Is The Colour'.

'Human Statue', apparently inspired by the busking 'human statues' in the square of Madrid, gently eases the listener in before launching into a jazzy, vaudeville sounding skit and 'Carla Stranded On The Cape' is another percussive, propulsive song telling the tale of young woman stranded in a small, closed down, out of season Cape Cod town.

Musically, 'I'm Ready When You Are' occupies country blues ballad territory and lyrically offers help and sanctuary to to someone in an abusive relationship as stretches out over a courtly five and a half minutes, and then a different type of battle is addressed in 'When At Last The War Was Done' as the sacrifices and achievements of the generation that created the NHS and welfare state are acknowledged in a tale inspired by John's grandparents. Another lovely arrangement for this one as well, featuring guitar, vocal and stunning string quartet.

'Beyond The Waterline' reflects upon the fate of the many neglected and run down post industrial port towns, pushing and pulling like the tide it talks about, but any reverie is quickly shattered with the scatty, rolling Dylanesque observations of 'Free World Market Place' which is as sardonic as the title suggests and whilst still in a satirical vein, the clattering 'Celebrity' is a glorious country bar room romp poking fun at today's love of celebrity culture.

The final two tracks bring us back to more regular folk territory. 'I See Land' is an optimistic, uptempo and infectious number using the premise of migration as its starting point but with more than a nod to the forward thinking, hopeful and adventurous amongst us as it rattles through. Album closer 'Here Comes Hope' does exactly what it says on the tin, singing of hope and change it slowly builds into an anthemic refrain that it's almost impossible not to sing along with and I imagine this must be a live favourite already as well as being a great album closer.

Well, 'Life Drawing' is another very strong album from John Ward and the hardest thing about writing this review has been trying not to repeat all the superlatives I used up with 2016's 'Sargasso'. More fine songwriting, more great playing, more excellent recording values and most importantly, a really good listen. John appears to be playing everywhere in 2019, so an added bonus will be the chance of catching this album performed live. Thoroughly recommended.