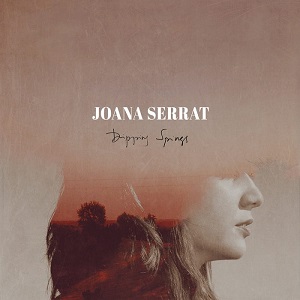 
Joana Serrat is a prolific Spanish singer-songwriter with a long lasting love of American Roots and Country Rock music. ‘Dripping Springs’ is Joana’s fourth album in five years and she travelled from her home in Vic, Barcelona to the Texas Hill Country, just outside Austin, and Israel Nash’s Plum Creek Sound studio. For the recording, Israel Nash and Joana conscripted a marvellous group of musicians steeped in modern Americana, but unfortunately, they number far too many to mention here. The album was engineered by Grammy Award winning Ted Young and produced by Israel Nash.

‘Western Cold Wind’ rolls in grandly in full band mode before Joana’s voice enters all sweetness and hints of husk. She has a lovely voice but it is difficult to define and the nearest reference points I could to get were something of the Irish tones of Sinead O’Connor and at other times, the pure pop sensibility of Leona Lewis! This opening track also works very well as an introduction to the albums sound as Joana’s vocal drops out at around two minutes and the band plays through gloriously for the remaining two minutes until fade out. Track two ‘Lost Battles’ starts in more obviously Country fashion featuring what sounds like lap steel and acoustic guitar whilst ‘Trapped In The Fog’ has a slightly more ‘bar room band’ feel. ‘Unnamed’ is my favourite song on the album, quite sparse in sound initially with an almost U2 ‘Joshua Tree’ era type vibe that builds, pushes and pulls with Joana’s vocal again dropping out early to allow another epic musical showcase for the band. Other stand out tracks for me are the edgy ‘Shadows Of Time’ and its heavily reverbed lead guitar figure that nods towards Chris Isaak territory, the courtly pace of ‘Candles’, a return to country-rock in ‘Walk In Sin’ and closer ‘Keep On Fallin’, with it’s dreamy, trippy atmospherics that usher the album out.

There are some strong songs on this album, all beautifully played and it is great to hear the band featured so heavily as they expand and deepen the sound beautifully. However, I have to say I am not a fan of the production. It feels slightly incongruous to my ears in that an overtly Americana and Modern Country influenced set of performances are given a massive pop sheen and Phil Spector -esque ‘wall of sound’ type effect, most obviously on Joana Serrat’s voice which sounds echoey, multitracked and is generally set fairly deep in the mix. It is probably just a matter of musical taste and preference, but I think a simpler, organic, T Bone Burnett style production would have allowed the listener to both engage with the songs and appreciate the performances more.

That said, ‘Dripping Springs’ remains an enjoyable album and with this studio band, would be an undoubted joy to catch live!