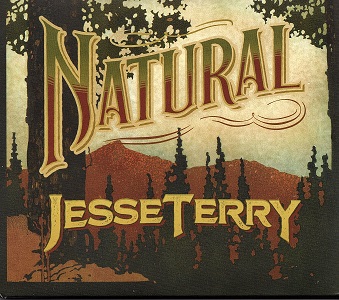 
This is not so much an album review; it is more of an artiste review based on two albums and a recent gig that I attended.

I met Jesse at a gig in Yorkshire in October and chatted to him after the show. I had already been impressed with his musical ability, both playing the guitar and singing, during his set, but talking to him afterwards showed me what a charming and delightful young man he is. He was aware of FATEA Magazine and offered me a couple of CDs to review which I was delighted to accept.

His music is described as folk/country although his influences are more founded on the sound of Nashville than that of traditional folk music. This is hardly surprising as he spent a few years there performing and writing music. He has either written or co-written all but one of the seventeen songs included in the 2 CDs.

Much of Jesse's music contains something that I look for in every piece of music that I listen to. That is the use of harmony and the implementation of it on these two albums is outstanding. "Natural" includes duets with a number of female singers including Sarah Darling who I have also previously reviewed. Jesse seems to have the knack of working with singers that perfectly complement his style of delivery and voice. The second album "Kivalina" is a joint venture with Alex Wong. Jesse describes this collaboration as a bit like Simon & Garfunkel, and it is immediately apparent, on first listen, that the description is accurate.

Jesse's music is silky and soothing and is supported by backing that is simple but effective, primarily on acoustic guitar. He writes lyrics that are a joy to listen to and he has included a version of Jeff Lynne's Mr. Blue Sky which is absolutely beautiful. The title track "Natural" typifies Jesse's style of music and his use of heartfelt lyrics. They are both indeed, natural.

I am a declared devotee of this type of music; country influenced, harmonious, soft and gentle, stories of love and life, and all delivered with a voice that I could listen to all day long.

Recently I have reviewed albums of rock and blues music which have been superb, but I have to admit that what Jesse delivers here is just about my favourite genre of music. He is as good live as he is on these recordings and I am looking forward to his next album, to be released in 2020, which he recently recorded back in Nashville. I am very grateful to Jesse for not only giving me these two albums to review but also for delivering music that is "right up my street." In "Carry" which is a duet with Kim Richey, Jesse suggests sharing a bottle of red wine. That sounds like a great way to me to listen to and enjoy this very talented artiste.