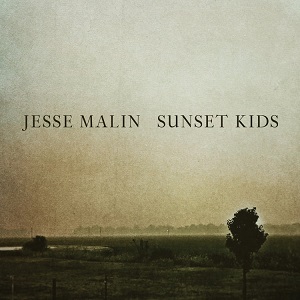 
His first new album in four years, this sees Malin back with a vengeance. Not only has Lucindia Williams co-produced with husband Tom Overby, they co-wrote three numbers and she sings on them too. And as if that wasn't enough, Joseph Arthur sings on three and there's a co-write Green Day's Billie Joe Armstrong on which he also sings. The album was engineered by the late David Bianco, one of the deaths referred to by the title, including Malin's father.

Things get underway with an Alejandro Escovedo co-write, 'Meet Me At The End of the World Again' where the walking bassline rhythm and talked verses ("I feel I'm at the wrong end man, of someone else's joke") instantly bring to mind fellow New York punk Lou Reed, although the chorus is pure pop. The first of the Williams collaborations comes with the Eaglesy country twang of 'Room 13', a familiar on the road tale of hotel rooms with thin walls and ambivalence about the girl waiting or his return, followed by two co-writes with Holly Ramos, the piano-accompanied 'When You're Young' about getting older and the scars left by your youth "and you're burning like a star", that musically reminded me of 'Wake Up, Boo. The other is the poppily strummed 'Chemical Heart', a kiss-off number that manages to reference Ike and Tina, Bernie Taupin and The Monkees in the same verse.

Doug Pettibone unpacks his slide guitar to shed tears over the Bianco co-write country break-up ballad 'Promises' ("call me a cab for the last plane to tomorrow"), picking up the tempo but keeping the Americana jangle for 'Shining Down'. 'Shane' is the second to feature Williams on backing, a melancholic piano ballad about Shane McGowan that rather spookily comes across as a premature epitaph, then it hits the rocking road with Armstrong on the hooks-laden punchy 'Strangers & Thieves', another ong about looking back, before reining in it all back in with the mid-tempo Springsteen-tinged reflectiveness of 'Revelations'.

Moving into the film stretch, organ is to fore with the indie-pop chords-tumbling 'Gray Skies Look So Blue' that sneaks in a CCR reference, gets its R&B groove on with 'Do You Really Want to Know', which surely is imbued with some Young Rascals spirit, and the Jimmy Webb meets 'Crystal Blue Persuasion of 'Friends In Florida'.

Then it's time for Williams to step up and duet on the throaty guitar, bluesy prowl 'Dead On' detailing an escape from the femme fatale she channels with trademark gravelly tones. Closing with the world weary resignation of the laid back dream, 'My Little Life' ("I wake up each day and I go through the motions/All that I want is something I'm not"), where sings "I never quite fit in, I wasn't what they wanted/I tried to be to be someone you'd like", a line that could well be a comment on how he's never really been taken up by the Americana tastemakers. They should give this a close listen and make up for lost time.