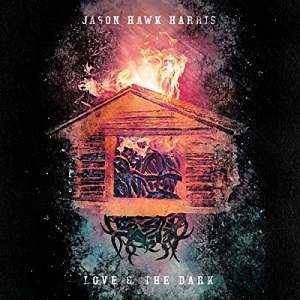 
In September 2019 I was lucky enough to go on a road trip with my son and accompany him around Washington State in the USA as he undertook his first official solo tour. About three hours drive South East of Seattle is the archetypal small American town of Prosser, where you can see right up and down the wide main street from one end to the other with its antique stores, local shops, bars and cafes. Even better, you can swing the car in and park diagonally directly outside any of the front porches, just like in the movies. One such place was the delightfully named 'Brewminatti' a combination of coffee house, eatery and bar that on Friday nights transforms itself into a live music venue of such standing that it now boasts acts wanting to play there from all over the USA. Having had a wonderful solo show there the week before, we happened to be travelling through en route to another destination the following Friday and my son managed to blag himself an opening slot for an American Country-Roots artist called Jason Hawk Harris, who was the headline act that night. Playing with his band, respectively on drums, bass, keyboards and lead guitar, Jason was stunning and we were both blown away by his performance, so much so that the album he was touring became the sound track to the rest of our trip, and so much so, I thought I should review it for Fatea as Jason will be doing some shows over in the UK in 2020.

By way of background, now just in his 30's, Jason was born and raised in Houston but these days is located in Los Angeles. Exposed to his Grandfathers country collection from an early age, Jason's teen influences were more indie rock although his formal education also led him into classical composition for a while. A few years on, while touring and performing with US Indie-Folk band 'The Show Ponies' Jason started writing his own songs that intuitively found their heart in his country roots, whilst also being immersed in a more contemporary rock sensibility. He released his first record in 2017, the EP 'Formaldehyde, Tobacco and Tulips' and was then straight back out on the road as an artist in his own right.

From then on, Jason's world rather fell apart and we are told his Mother died of complications from alcoholism, his Father went bankrupt after being sued by the King of Morocco, his sister got diagnosed with multiple sclerosis and along the way, Jason got sidetracked by his own vices. Put that lot in a film and it would be accused of being a parody, but in real life it seems difficult to imagine even surviving and coming out the other end, certainly not intact, but maybe a bit bruised, older and wiser. The nine self penned songs on 'Love & The Dark' are a personal narrative on love, death, loss, struggle and addiction and before you turn away at the thought of more mawkish, country based self pity, this record is nothing short of revelatory.

Opening track 'The Smoke and The Stars' enters on spacey rumbles, drones and mighty guitar swells before settling into an acoustic strum and Jason's voice, which sits neatly somewhere between the sweetness of Jason Isbell and the harsher twang of Steve Earle. The first of many songs around the themes of being lost, dragged down but ultimately surviving, and sometimes even saved, it sets the tone gloriously with its stately dignity "Tell me how was I supposed to know, that they'd latch onto me and never let go, and I never fight, I don't know why, It's been such a long time" but hope arrives in the chorus "But I hear you calling my name, and I know you're driving my way, so bring me the light a man needs to see, baby please get these things off of me".

'Cussin At The Light' is more straight forward, modern bar room country and rattles through on sharp drums, tight guitar fills, pedal steel and clever lyrical couplets while 'Confused' follows in similar fashion, but distinctly ups the tempo a notch, and tells the tale of being on the receiving end of some rather unwarranted marital advice "Someone told me once that I should get myself together, there's no deed to rush the old 'I do', and how foolish they would feel in speaking in such platitudes, if they had to do so standing next to you".

'Giving In' has a hooky motif and chipper feel that belies its 'losing the battle' storyline with the resigned refrain "But I cant stop myself from giving in, Oh I wish that where I am is where I've been" which leads into a stand out track on an album full of stand out tracks, 'Phantom Limb'. Starkly decorated before reaching the final epic denouement, this song almost clinically sets out the process of losing a loved one, numbness, denial, anger and ultimately realisation, if not acceptance, through the prism of his Mother 'laying in state'. Not one to hide in metaphor or analogy, Jason is bordering on forensic in his lyrics as the last verse tells us "I feel your fingers comb through my hair, open my eyes and there's no one there, and I feel the weight of a phantom limb, and I call out to you but you don't say shit, and I'm crying again, Mother you're dead, Mother you're dead, dead, dead, Mother you're dead" Musically, the song is set just as bare to reverbed guitar, Jason's voice and ghostly harmony vocals from Rachel Baiman before it launches into an extended, almost orchestrated outro that leaves the listener breathless.

'I'm Afraid' breaks the reverie being a rollicking, drum led track wittily telling the tale of a kid scared by the picture of Jesus Christ up on his bedroom wall, 'Blessed Interruption' is another deceptively sweet toned piece that is set in the heartbreaking detail of arranging a loved ones funeral and imperceptibly moves from the heart ache of loss, to the love of the living as the song unfolds, 'Red Room Blues' is more roots-rock and is probably the lightest track in this collection lyrically and serves to usher in a false sense of security before the album closer, the mighty 'Grandfather'. Here there's a sense of shifting fields between the living and the lost, of passing over and ultimately release from the trials of a lifetime spent struggling. As is to be expected by now, Jason's lyrics don't have a wasted word, every syllable hits home and musically this track is simply stunning as it soars off almost 'other worldly' to a mighty climax. This is how you finish an album.

Of course this record is challenging, moving and at times downright uncomfortable, but above all, it's also gloriously uplifting and at its heart, endlessly hopeful. The songwriting is of the highest order, the playing from everyone involved is outstanding, the arrangements almost cinematic in their scope while the recording and production values capture it all in pristine fashion.

With ' Love & The Dark' Jason Hawk Harris has given us a mini masterpiece and having been there as witness, I can confirm that these songs are even better heard live. Brutally beautiful indeed.