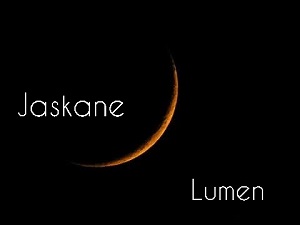 Jaskane are a trio of musicians from County Clare who have just completed their second studio album, 'Lumen.' Jaskane's main area of interest is world-folk music. The trio are very accomplished musicians, who regularly play with orchestras.

This record marks a new departure in terms of creative development where Jaskane are concerned. Amid world music favourites such as 'Music for a Found Harmonium' and 'Libertango' are two pieces of original music written by Jason Noone.

The first of these original compositions is called 'Lumen' and the second is titled 'Ill Doctore.' Both pieces are very solid in construction and fit perfectly with the overall 'sound' of the record. In fact it is this writer's considered opinion that 'Ill Doctore' is one of the strongest if not THE strongest piece on the recording. Hopefully Noone will go on to compose many more tunes like these; he has a bright future as a major new talent in the sphere of world music if he keeps turning out work to this standard. His work is every bit as detailed and timeless as writing from the likes of Paddy Moloney or Yann Tiersen, who's music is also showcased on the album.

All pieces are recorded to a really high standard. To make this album, Jaskane used the top quality facilities provided by Grouse Lodge Studios. Etain McCooey and Karen Kelly's skill on their instruments is shown off faultlessly - the violin and oboe weaving in and out of each other, in layers of melody, harmony and counter melody, on these carefully arranged tracks.

This is such a luxurious, pleasant, musical recording and I wait with interest to see what Jaskane come up with next. Something tells me they have much more up their sleeves.

The official launch for 'Lumen' will be at Peckish vegan cafe, Ennis on July 21st 2017 at 8pm