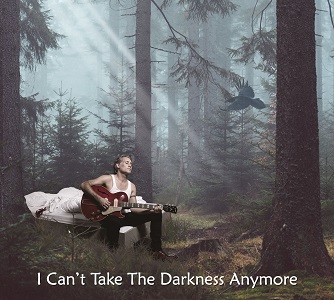 
Part first-nation Canadian from Alberta, Rovensky (which is how his songs are credited) spent three years on a walkabout before putting together his third release, a double album set of 25 songs that straddle various genres but generally come under an Americana umbrella.

Things get underway with the upbeat, catchy fiddle-bouncing romp of 'Further Down The Road', essentially a number about letting things be what they are, followed by the piano-led boogie barroom swagger of the speak-sing 'A Very Dangerous Stash' where Tom Waits and Dr.John share a bourbon or two before it all gets a touch mountain music on the shufflelalong 'The Hologram Zoo'.

My musical contrast, the lust-fuelled 'A Henry Miller Romance' gets a Latin rhythm head on with clicking percussion and horns while 'The Most Beautiful Swans In The World' is a gently waltzing string and piano ballad that again harks to early Waits cracked romanticism. There's not a single track among this first dozen that doesn't merit comment, but, in the interests of length, let me direct attention in particular to the fiddle-backed shuffle of the regret-streaked 'Amy (A Little More Time)', the seven-minute tribal feel of 'Broken Down' with its sparse mandolin accompaniment and open prairies feel, the affirmative 'I Do Believe' with its lively Irish folk flavours and the dervish mazurka stomp exuberance of 'Crick Crack Crickity Crack' that disguises a caution about contemporary hedonism.

Again, in the interests of brevity, while each track warrants observation and comment, I'd particularly single out 'Oh Sam, The Everyman', another Gaelic-infused romp, the plaintive slow waltz acoustic ballad 'Shipwrecked', the anthemic roots-rock swell of 'I Saw Her Today' (think Runrig meets Tom Petty) and the clattery drums and fat brass Southside Johnny doo wop swing that underpins the tale of 'Ruby Heart Stealer & Ricky Love Dealer.

Both discs end on bruised heart ballads, the first with the mandolin caressed 'Farewell and Goodbye' and the second with the piano accompanied of 'Fading Away', neither of which would have sounded out of place on The Heart of Saturday Night. A late entry into the best of the year lists, this is going to be on my heavy rotation for some months to come. It should be on yours too.