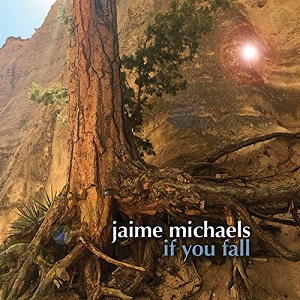 
Out of Boston, but now based in Santa Fe, Michaels has been steadily releasing albums over the past 25 years, this being his eleventh, produced has have been the last eight by Jono Mason. It's my first encounter, however, and, on this evidence I'm keen to hear more. He trades in a mix of catchy folky numbers and more reflective storytelling ballads, the former represented by bouncy title track opener, essentially a song that says shit happens so stop worrying about it, the Texicana fiddle flavoured 'Bag O'Bones which is pretty summed up by its opening line "I ain't ready for the rocking chair" and the early Paul Simon-esque fingerpicked 'I Am Only (What I Am)'.

The narrative side of his writing is probably the stronger first up being the pedal steel streaked 'Any Given Moment' about a couple's resilience after losing everything to the floods, while elsewhere there's 'So It Goes', based around the character of Billy Pilgrim from Kurt Vonnegut's Slaughterhouse Five, and the uptempo 'Carnival Town' which, with its line about how "when you live in a carnival town you hop on the big wheel and ride til you're dead", seems to share the same sentiments as the title track.

Chances are you won't have heard of Michaels either, but give him a try. As the song says 'any given moment can change your life."