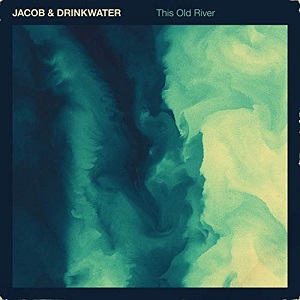 
It's always great to see Tobias ben Jacob and Lukas Drinkwater performing together. Since first getting together in 2014, and playing their first gig at Glastonbury, there have been some great releases. Burning Low EP was simply sublime, and their Live At Hope Hall album really captured the electrifying nature of a live gig. There have been other projects of course. Lukas must be one of the busiest musicians in the country, performing regularly with Emily Barker, releasing an album with Ange Hardy, and performing with artists like Seth Lakeman, Lucy Ward, Sam Kelly, and Steve Pledger. Tobias released his solo album, A Polyphonic Life, as well as touring extensively. There's clearly something truly special about their partnership though, as evidenced in This Old River.

What strikes you immediately on the first listen is the incredible warmth and intimacy they achieve. They could almost be in the same room as you. Song of the Sun opens the album and evokes the kind of late summer day feel where you can still feel the heat on your face, but you know it won't last much longer. The title track is filled with memory and nostalgia, with ben Jacob's love of his Lancashire roots shining through.

Lyrically this is one of the strongest albums I've heard in some time. The poetic beauty conjured up on near every song is breathtaking. There's A Shadow On The Sun in particular is just a wonderfully melancholic track, inspired by first hand events of the war in Syria. With Iridescent Light, they conjure up such vivid imagery you could easily lose yourself in the song and feel you were a part of it. There is also a cover of sorts of Fairport Convention's Nottamun Town, though with two new verses added, partially inspired by TV drama Vikings.

This is the kind of album where every time you listen, you will end up with a new favourite track. There's not a weak song to be found. One of my personal favourites is It's Still A Beautiful World which ends the album on a note of hope that is much needed in these dark and troubled times. They can even turn the near clichéd image of a newborn child in its mothers arms into a line that can near make you weep.

I've not even mentioned Real Love, or Higher Love, or Polaroid, which would be the absolute stand out tracks on other albums.

This Old River is quite simply a great album, and surely destined to be one of the year's best. This is captivating from start to finish, filled with compassion and a positive energy. Jacob and Drinkwater bring out something very special in each other, and while I'm sure there are many other projects out there and people to work with, let's hope we get to hear a lot more from them on at least a semi-regular basis. The world can always do with more of their music.

There's A Shadow On The Sun