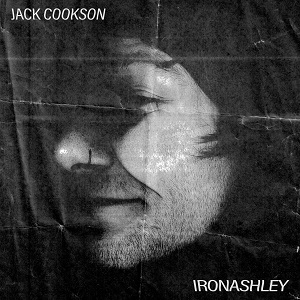 
Jack Cookson is a phenomenal guitarist and singer of incredible range and power who writes from his heart, songs full of, at times, brutal honesty. In this track gritty distortion on the vocals and guitar settles into an infectious guitar lead groove with handclaps provided by Jack’s parents and a jaunty fiddle line from India Electric Co.’s Joseph O’Keefe. Beautiful musical backing for a song with a hard hitting message, the opening distortion focussing the ear on the lyrical content.

The song opens with a string of bullying insults and the impact of that on a young male mind, moving on to cast a critical and angry eye over stereotypical perceptions of masculinity including macho posturing, suppression of emotion and the objectification of women. Hard hitting, visceral lyrics laying waste to the damage done by this sort of toxic masculinity.

The folk/acoustic world is particularly supportive of young female artists and I’m sure at times it can feel like there’s a reverse sort of sexism at play for young male artists so it’s cheering to hear artists like Jack raging against the patriarchy in their songs. (This review, however, probably isn’t the place for a discussion on whether that support for young female artists is yet another manifestation of the patriarchy.)

Jack Cookson has something to say, even if at times it makes for uncomfortable listening. He is a shining example of the rising tide of young male singer songwriters openly raising and discussing male mental health issues. And this can only be a good thing.