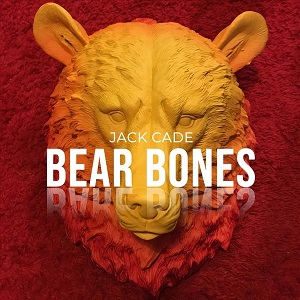 
Based in Brighton, this is the second album by the UK Americana singer-songwriter who shares his name with the leader of a rebellion against Henry VI that proved a catalyst for the War of the Roses. Possessed of a deep, gruff and gravelly vocal, past work has generally ploughed the darker musical and lyrical furrows but, while still concerned with themes of loss, denials, self-discovery and redemption, this is a relatively more upbeat set. Joined by dobro and keyboard players Ben Cox-Smith and Chris Davies from his band, Everyday Sinners, alongside fiddler Hana Mariam, he kicks off with the midtempo Kristofferson-ish 'He Lies On His Side' (thereby prompting the lyric "he don't know which way to turn"), subsequently channelling Cash for his delivery of Dust, echoing John Stewart on the anthemically muscular 'Who Will Be The First To Fall' and Springsteen /Warren Zevon with 'She Got Something To Say.

The latter's one of the heavier, more muscular and rockier numbers, an approach only revisited on album closer, Stripped (from whence the album title comes), otherwise this is more acoustic and ballad focused, highspots coming with the dobro-shaped 'When You Come Running' and the simple fiddle-waltzing strum of 'Four Letter Word, another echo of Cash in its cowboy campfire tones. I have to say that the head on the album cover looks more like a sheep than a bear, but there's no doubting the grizzly power of his voice and music.