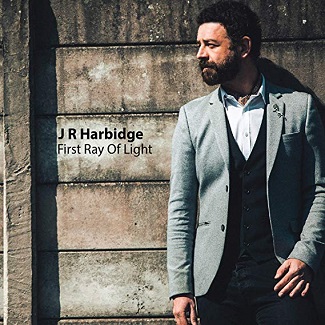 
Born in the Black Country but now based in Derby, this is James Harbidge's debut solo album (he was once part of Soundgarden-like Birmingham trio Third Bullet) a soulful Americana-tinged collection of songs that tackle both the personal and the political. Taking the latter first, Turn The Screw, the Neil Young influenced, urgently driving opening track, was written in response to the financial collapse a few years back addressing those who cause havoc and suffer no comebacks. Meanwhile, at the other end of the album, I Won't Support Your Wars is an acoustic strummed and organ-backed pacifist manifest, which, while resonant with this country's involvement both in Iraq and Syria, the sentiments are universal, followed by the Hammond-led seven minute, dark and brooding I Know You Know which, though not directly lyrically connected, was sparked by the cover up of the Belgian child abuse case known as the Dutroux Affair.

Drawing on Dylan, Jackson Browne, Ryan Adams and CS&N as other influences (the latter especially evident on Something To Hide) , as well as some Beatles-like backwards guitar on the optimistic title track, he says much of the material was fuelled by dealing with depression, something that underpins the lyrics to the slow waltz, strings-adorned country blues When You Don't Love Your Man and the uptempo, Hammond-backed Older & Sober with its reference to running from "a black cloud over me".

The need to move on and not become consumed by bitterness or regret is at the core of the delicate A Side Of You That Cares with Pete Larkin on organ, piano and lap steel, the track slipping into a reflective instrumental passage midway, and also the mellotron-coloured Learn To Love The Rain

The remaining number, Have Mercy, with its theme of both renewal and loss, takes a different musical path being much more a Celtic-shaded acoustic folk sway featuring mandolin, accordion and multi-tracked vocals as he harmonises with himself. Having spent some twenty years producing and engineering other people's material (the debut Jaws album among them), he's finally on the other side of the desk. On this evidence, he should swap places more often.