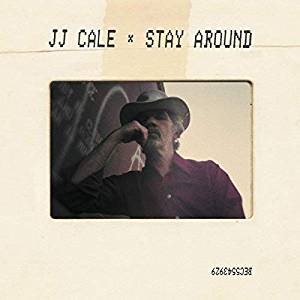 
John Weldon " JJ" Cale who passed away on 26th July 2013 was once described by Eric Clapton as "One of the most important artists in the history of rock".

Cale [ not to be confused with John Cale of Velvet Underground fame] was not only a superb [ an influential] guitarist but he was also a gifted songwriter who wrote such classics as "After Midnight" and "Cocaine" [ both covered by Clapton] , "Magnolia" , [which was superbly covered by Lucinda Williams], "I Got The Same Old Blues Again" [covered by such diverse artists as Captain Beefheart, Freddie King and Bryan Ferry] and "Call Me The Breeze" [ covered by Lynyrd Skynyrd].

Cale's trademark , laidback style encompassed blues, soul, country and jazz and came to be known as "the Tulsa Sound".

When making records, Cale would record more tracks than he needed for his next album , so when it came to compiling tracks for a posthumous album , there was an abundance of high quality material to choose from. That album has now been released as "Stay Around".

As Cale's longtime manager put it "These were songs that he really did intend to do something with because they were carried to his typical level of production for release".

As a fervent admirer of Cale's distinctive sound and style, this album is ,for me , a real treasure trove of previously unheard material of the highest quality. Each of the 15 tracks is a gem and none of them would be out-of-place on any of his classic albums.

For example, the opening track "Lights Down Low" ,with its interweaving guitars and catchy shuffle beat , is pure JJ Cale magic.

The title track "Stay Around" features some gloriously incisive slide guitar , which contrast with the deft fingerpicking of "Oh My My" with its Spanish overtones.

The only song that was not written by JJ is "My Baby Blues" which was written by his widow and fellow musician Christine Lakeland Cale . It's hard to believe that this track was recorded in 1977 , the year they met, as it sounds fresh and contemporary.

JJ Cale's mastery of the blues is self-evident in the acoustic "Girl Of Mine" , which sounds like an original Country Blues standard.

I could wax lyrical about all 15 tracks but suffice to say that this collection of unreleased material by JJ Cale is of the highest quality and is right up there with the best of his work . This is definitely NOT a "scraping of the bottom of the barrel" posthumous collection of unfinished leftovers but rather it is a superb collection of quality material that was always intended for commercial release and which forms a cohesive and enthralling album.