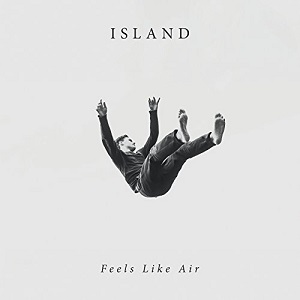 
"Feels Like Air" is the debut album from Indie band Island. The album follows a couple of highly acclaimed EPs and a number of successful performances both in the UK and Europe. This is all in addition to the band's success on Spotify where they have achieved a total of 1.6 million streams.

All the tracks on this album have been written by the band, including frontman Rollo Doherty, very much influenced as the band claim by both Fleetwood Mac and Kings of Leon. I personally think I detect a touch of U2 and Bono in some of the vocals and backing. The album has taken two years to complete and I am fairly certain that the band will feel it has been time well spent.

Island have built up a reputation as a top class live band and have spent much of the last 12 months touring and appearing at various festivals. They are just about to embark on another UK and Europe tour.

Having received a fair amount of air time on Radio 1 they can now include both Huw Stephens and Annie Mac months their biggest fans. The forthcoming tour will no doubt increase the numbers of fans.

The music on offer on this album is a mix of dynamic and emotional songs with some great guitar work and vocals reminiscent of a live concert. There is just a touch of blues at times which perfectly suits the vocal style of Rollo. Never over produced, the overall sound will make the listener feel that the band is in the same room with them.

The track that, for me at least, epitomises the sound of Island is "Something Perfect." For a taster of the band, try this track and I can almost guarantee that you will love it if you are a fan of high quality modern music!

This is a band that will go far and I don't just mean geographically. Their music is the type that will last and there is no doubt that the band will develop even further their musical and songwriting skills. Most certainly a band to look and listen out for.