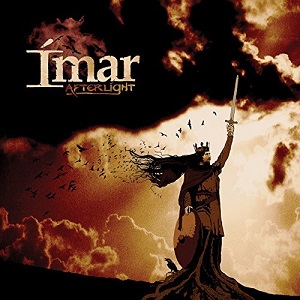 
A fascinating trend has developed in traditional music over the past decade or so, particularly among the new generation of traditional musicians in Scotland it seems. Gone are the days of individual musicians being permanent members of exclusively one band, embarked on a relentless cycle of touring, writing, recording and promoting, if indeed 'twas ever thus in the folk world. Although born perhaps of necessity, the economics of the music business being what they are, we are seeing almost infinite fluidity in collaborations and band membership, with many individuals being involved in several projects at a time.

Leaving aside the logistical headaches that must generate, the listener is benefitting from a bewildering array of collaborative projects, as the mixing pot of traditional musicianship keeps being stirred further and new bands emerge, each more innovative and ground-breaking than the last.

So it is that we have, in Ímar, both current and former members of Mànran, RURA, Talisk, Barrule, Cara, Mabon and The Lowground. The five-piece share between them a grounding in the musical and cultural heritage of Scotland, Ireland and the Isle of Man, and bring these places' traditions and qualities to the band to deliver an album dripping with stunning musicianship.

Ímar formed just over a year ago, although their personal camaraderie dates back long before their more recent reconnection on Glasgow's celebrated session scene. Technically, their debut gig was opening the 2016 Cambridge Folk Festival, and this, their debut album, will be launched at the 2017 Celtic Connections festival on January 27th, where they will perform at Glasgow's Royal Concert Hall.

So this instrumental album is inevitably packed with quality tunes of all kinds, representing all corners of the Celtic world. The majority of the ten sets of tunes skilfully combine the traditional with the contemporary original, with Amini, Callister and Murphy all contributing their own compositions. All are expertly arranged and deftly performed too, with only the Hamish Napier-contributed 'Friends On The Hilltop', a hauntingly laid-back piece, allowing the listener respite from an otherwise high tempo foot-tapping extravaganza.

The band name comes from a 9th century king who ruled over Scotland, Ireland and the Isle of Man, and Ímar have found a creative synergy in their performing and choice of material which reflects the combined musical traditions of those territories. An excellent debut.