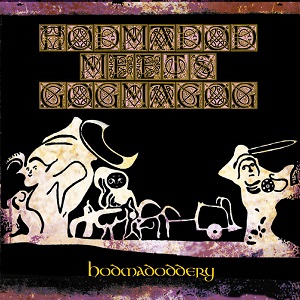 
After 30 years together, the pairing of Steve Henwood and Tony Carter have finally released their first "proper" album. There have been six others, but this uses a proper producer (Ed Boyd), designer (Ant Howard), and features real mastering (by Mark Tucker). For the veterans of Glastonbury festival, this is a worthy release, featuring covers from a wide variety of artists.

Willie O Winsbury is the album's only traditional song, a Scottish ballad from the late 18th Century, though in their hands it sounds far more modern. With Steve and Tony swapping lyrics, it sets the tone perfectly for what follows. This interlacing vocals are perhaps best showcased on A Better Time, a cover of the Peter Hammill song, with some elegant guitar work at play.

The most recognisable songs here come from musical titans, but the results vary. Their version of Across The Universe doesn't come close to hitting that otherworldly sound that elevates the original, though it's a solid enough version. The Battle of Evermore on the other hand is a fun version that might not match the vocals of Robert Plant, but is nothing short of enchanting.

Elsewhere the album soars on tracks such as Go And Sit Upon The Grass and By Weary Well, and especially Tom Tiddler's Ground, a track that will stick in your head and refuse to leave, like in-laws at Christmas. Shoals of Herring stumbles slightly, lacking some of the power felt in other versions, including the understated cover by Oscar Isaac in Inside Llewyn Davis.

While Hodmadoddery may have a committed following, particularly within the environs of Bath (and around Italy where they tour annually), this album should certainly win them a lot more fans. This is a confident recording, with music refined over three decades. While it doesn't always hit the heights it aims for, enough lands to make this very accomplished indeed. They may be part time players, but having taken the step of producing an album like this, hopefully there will be many more to come.