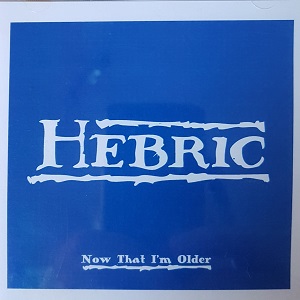 
Those with long memories, particularly residents of the fair north-country, will remember the name Hebric with much fondness. In the 1970s, the local folk clubs’ hectic heydays, Hebric enjoyed much well-deserved success with its vital renditions of material which at that time was in the process of becoming defined as folk-classic and much of which has since passed into common repertoire. Hebric was at that time a singularly versatile four-piece. For the first few years of its existence it comprised John Bromley, Dave Calvert, Jimi Bond and Malcolm Stocks; John then temporarily “emigrated”, and Hebric continued for a time while the remaining members pursued various activities musical and otherwise in parallel (as is the way of such things).

But to cut a long hiatus short… lately (well, since 2016 to be accurate) the original lineup decided to reconvene the band since they enjoyed playing together so much. The result has been two years of phenomenally successful gigs – not so much reunions as revitalisations, in clear affirmation of the deep bond between the four men. It’s abundantly obvious that they love what they do and get off on it, big time, and the energy and assured quality of their performances fully reflects this. To say it doesn’t feel like they’ve been away from the scene for decades might be construed as a comment that their style and repertoire is old-hat, even stale – but that’s far from the truth, for there’ll always be room for this calibre of talent, delivering good old-fashioned craftsmanlike renditions of trusty, time-honoured repertoire, well played and sung and thoughtfully arranged to please both audience and themselves. The chummy banter that so naturally permeates their live act is genuinely entertaining, and complements the high competency of their music-making without getting in the way of it or taking anything away from it. And what sets this CD apart from the take-home incarnation of so many acts is that even without the banter element the recording faithfully captures the lads’ personalities both as individual skilled performers and as a viable and vibrant unit (big congrats to engineer Steve Smith!).

As far as repertoire goes, it may largely comprise tried-and-tested songs and tunes, but there’s still room for new entries to the set-list including the occasional more recent composition. This newly-recorded CD is replete with good songs, uniformly well sung, very well sequenced and highly satisfying. Old favourites/staples such as The Recruited Collier, Calico Printer’s Clerk, Sally Wheatley, Come By The Hills and Band O’ Shearers all come up fresh here (however many times Hebric must’ve run them through!), while the pairing of Linda Thompson’s lovely No Telling with The Angels’ Waltz is inspired and Close The Coalhouse Door makes a great foil for Jez Lowe’s Black Diamonds. Less familiar is Gordon Bok’s The Ways Of Man Are Passing Through, which opens the disc – this is also quite a discovery.

Hebric is fortunate to boast three fine singers, but among these John Bromley stands out (or should I say booms out?), his wondrously rich bass taking the lead on a good number of the songs (happily, he continues to sing with Kimber’s Men and The Bromleys too). While instrumentally, the Hebric musicians are no slouches either: whether accompanying sensitively or steaming ahead having fun with session tunes, they always maintain a superb sense of balance and internal dynamics. Their arrangements – variously employing guitars, banjo, mandola, accordion, whistles and bodhrán – are never less than interesting; undistracting, they congenially and definitively complement each item on a stand-alone basis, yet together enjoy a coherence and unity of style that’s enviable. Much care has evidently been taken here, and the songs are treated with due respect; refreshingly, there’s no tendency to grandstanding or showing off, and the Hebric treatments bear replay in the home just as well as they withstand repeated exposure on stage. Quite an achievement that – these old stagers certainly know their business, and are one of the rare “reconvened” acts that really do deliver… and clearly have such fun continuing to do so. This “comeback” CD comes with just the right amount of background information in its straightforward, no-nonsense informative presentation, sounds great, and does Hebric proud.