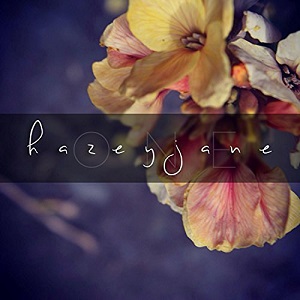 
Not to be confused with LA singer songwriter Karen landau, who works under the name of Hazey Jane, nor Scottish indie pop outfit Hazey Jane or, indeed, Hackney-based folk-indie quartet Hazey Jane, this (spelled as one word) is singer-songwriter Chris Brown and, despite the album having a band sound, features just him and label owner multi-instrumentalist Ask Tu-Kay (live he goes out as a duo with fretless bass player Kevin T Ward) ). Although Brown cites the likes of John Martyn, Nick Drake (who, of course, recorded a song called Hazey Jane) and Jeff Buckley, it's not folk per se, but rather harks to the folk-veined British FM rock of the 80s. As such, you'll likely hear, Prefab Sprout, another acknowledged influence, and Dire Straits in there. More particularly, although now based on Northamptonshire, Brown was raised near the Scottish borders in Northumberland, which may account for the warm Scottish burr to his voice that, more than anything, makes him sound not unlike Ricky Ross and the album very reminiscent of Deacon Blue, most especially so on the stand out "Sunrising" and the languid seven-minute "Written In Water". At the same time, you might also be put in mind of the romanticism of fellow northerner Richard Hawley, someone else Brown cites as an influence.

The album opens with the keyboard-backed "Autumn Rain", setting a reflective mood as he sings "Do not stand at my grave and cry, I am not there, I did not die", leading on to "Magic Smile", a Prefab-tinged acoustic fingerpicked end of relationship number with its repeated mid-song verse "Man of steel or some other metal, I don't know. When you were something, you were something gold. But that melts too low."

"Soulgazing" ups the tempo with jittering, nervy bass riff and breathily sung vocals, its soulmate theme spilling over into the airy waltzing and slighty jazzy "Sugaree" ("Your blood is flowing in me…..Look into my eyes you'll see part of you shines out of me").

I mentioned Dire Straits earlier, and their spirit hovers over the shuffling "Crucify Me" with its Knopfleresque guitar lines, another end of an affair number that comes with a radio friendly chorus of "crucify me for changing, crucify me for staying the same", while, by way of contrast, the brass and organ embellished "Instinct For Survival" has, perhaps, a hint of bluesy Chris Rea. It's reprised in a shorter four minute form, without the instrumental intro, as the album closer, but prior to that there's the magnificent "The Last Lines", its simple acoustic strum and march beat drum swelling to an electric guitar break midway before gathering (with what sounds like a distant trumpet) to end on "these are the last lines that I will write", raising the disconcerting hint of lost love suicide.

The bio says they set out to produce "mellow and melodic music that is, in turns, intense and intimate, dreamy and dynamic, relaxing in its mellifluence but hauntingly atmospheric; music that, ultimately, seeks the sublime", to which end they succeed admirably.