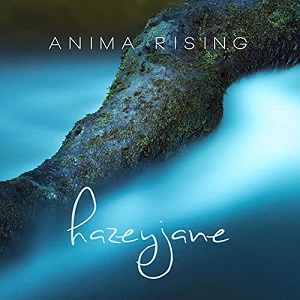 
A vehicle for Kettering-based composer, guitarist and singer Chris Brown, the sound's described as an acoustic and ambient cocktail of emotional intimacy and atmosphere founded on exquisite guitar figures and motifs a la Drake, Mitchell and Martyn using unusual tunings and chordal combinations.

Bizarrely, 'True', the brief intro to the opening track, sounds uncannily like the start to 'Fernando', the midtempo ballad track itself, 'Inside Out', accompanied by keys and plangent guitar, which is either a love song or an appreciation of a female singer-songwriter depending on how you hear it, more recalls Deacon Blue, an intimately sung, mid-80s ambience that pervades throughout.

Opening with breezy sound effects and etched on tinkling fingerpicked guitar and piano, the equally mid-paced 'Trade Winds' speaks of loss ("in your place, just empty space") proceeds in that same manner before Plaminiak provides the classical-styled piano prelude to the smokily sung title track about hearts or spirits coming together with its dappled percussion. At eight minutes, the poetic 'Healing Hands' is the longest track and briefest lyric, an ethereal wash of keys and effects behind fingerpicked acoustic that again seems to speak of loss and recovery, from which it turns to the enigmatic bloodstained Gwendolyn ("over the holiday/A house tumbled down someone cleaned up the place…took all his things away") which, featuring Ida Nielsen on saw and Philomena Brown providing the spoken words (you need to listen hard), also has hints The Blue Nile. From there, Brown moves into medieval myth with the atmospheric 'Alraune', with Caroline Nelson's violin and programming again summoning an ethereal mist, a song based around the 1911 German novel by Hanns Heinz Ewers (and several subsequent films) about a female mandrake plant-human hybrid, the woman of the title, believed to have been born from the semen of hanged men under the gallows, the opening invocation later repeated in German.

Lucy takes on the vocals for 'Lost', her co-write with Brown and guitarist Svend Seegert, an airy summery number that's basically about a shy girl wishing she could summon up the voice to tell the one she fancies how she feels, Brown returning for the penultimate 'Therein', Julia Brown on oboe, a musical box feel encompassing a lyric about succumbing to "the glare of beauty rare" and how "'Tis one thing to be tempted/Another to fall".

Underpinned by heartbeat percussion, minimal guitar and wordless backing vocals, it ends with the lullaby of 'Hush, Little Sister', another lyric of loss ("And I know you're hurting so/If only love could keep you/But it's time for you to go"), bursting into sonic flourishes and, returning to a clockwork music box setting, closing with Lucy Baker singing a snatch from the traditional 'All The Pretty Little Horses'.

Those keeping Jung at heart will know the anima is a part of the theory of the collective unconscious embodying the feminine side of a man, the part of the mind that works automatically, without introspection or awareness; essentially about opening up to emotionality, the rising of the moon. Embrace and be enfolded in it.