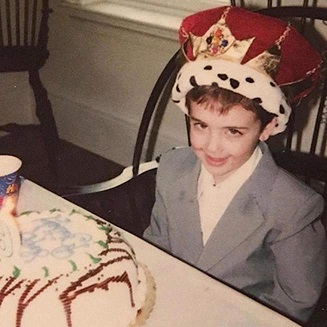 
Based in Nashville, Whitford has been around behind the scenes for a while, most notably collaborating with Phoebe Bridgers' for whom he provided the guitar parts on 'Stranger In The Alps'. This, though, sees him step into his own spotlight with an album that draws on the prime influences of Elliot Smith and Paul Westerberg with songs that cut to raw nerves. Case in point is the opening 'Take A Walk', a simple strummed, gradually building number about the fall-out from a bad psychedelic trip that, as per the album title, left him plagued by irrational fears.

Keeping it spare, 'Strangers In The Making' is a relationship-themed piano ballad that again refers to how "a sickness has taken over me" before, underpinned by a throbbing bass line and discordant piano notes 'I Don't Want Out' adopts a walking beat tempo.

Once more built on feelings of self-doubt and self-inflicted isolation, the percussion-dappled, drone-traced 'Both My Friends' is a naggingly insistent number that borrows into your consciousness, followed by 'Poltergeist Love', another bare, chimingly acoustic track that comes with a catchy regret-heavy refrain.

'Welcome To My Life' reps the most obviously radio friendly track with its circling rum pattern, hummable melody line and big chorus, though on a personal note I'd put my money down for the bass pulsing, surging emotional urgency of the anthemic 'Pair of Lungs' with its piercing line "you nailed the coffin shut long before we died" and, perhaps inevitably, the album closer, his heartbeat rhythm version of 'Part Time Heart', a song frequently performed - but as yet unrecorded - by Bridgers. And talking of whom, if you scan the album credits you'll see she's down as singing and playing drums on 'What's Happening'. The track, a lusher sounding Orbison-esque number recorded on four-track cassette, however, doesn't actually appear on the album and was made available as a presumably download only bonus in advance of the release.

It's an impressive debut which, coupled with the handful of dates he's playing in the UK this August, including the End of the Road Festival, should go a long way to raising his profile beyond sideman status.