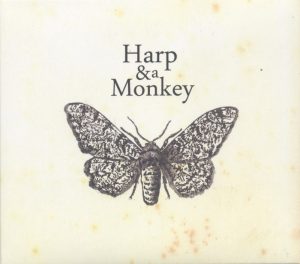 
A small plaque on a bridge over the River Irwell bordering Salford and Manchester tells how, in 1828, when a ship named Emma capsized on being launched, fishmonger John Archer stripped off and dived in to help with the rescue. The official list of victims stands at 38, but Archer was another as, emerging to find someone had stolen his clothes, he was left naked and died at home of pneumonia a few days later. This tragic tale now forms the basis of 'A Naked Man In Paradise', the gently jogging opening track of the latest offering by Simon Jones, Andy Smith and Martin Purdy, a collection of songs and poems which, as the title denotes, concern, whether original or reworked popular and music hall 19th century numbers, events and people of the Victorian era. Set the tune of 'The Derby Ram' and with sloshing water effects, it's typical of the trio's work here which mingles the serious with wry humour and is followed by 'Calico Printer's Clerk', a rewritten take on an 1863 Lancashire broadsheet ballad set to a wassailing-like tune, with tinkling bells, from the 60s by Dave Moran in which the fashionable young narrator tells of the length and expense he went to in courting Dorothy Drew only for her to marry his rival of the title.

It's off then to Yorkshire for 'Jolly Grinder', a variant on 'The Miller of Dee', relocated to the River Don, a spooked musical box arrangement with what sounds like wheezing bellows conjuring thoughts of Danny Elfman scores as it unfolds the story of a miller who, fond of a glass or two, gives a passing proselytizing teetotaller short shrift, telling him "I work when I like and play when I can" and that " Tis never worthwhile to work too long/ If it doesn't agree with me!"

Written by JB Geoghegan, who also penned John Barleycorn, set to a jolly scampering tune with tinkling percussion and background crowd noises, they then head off down 'Glossop Road', home to a Victorian military barracks in Sheffield, for a song about a Hallamshire swell in the Rifle Corps who, though married, was more eager to engage in drilling down the local red light district than on the parade ground, only to get his comeuppance when his wife turns up and right barney ensues.

It wouldn't be a real traditional folk album with a transportation song, so here's 'The Returned Convict', the tale of a man sent to the penal colony in New South Wales who sneaks back home only to be caught in Manchester, collected by Harry Boardman and Roy Palmer in the 1980s and thought to have been written in the late 1850s, the version here taking their setting of 'The Labouring Man' as a springboard for their waltzing, whistle, banjo and accordion-laced arrangement, complete with bird song trills.

It was not uncommon in Victorian times for men to arrange wife auctions to rid themselves of an unwanted spouse, selling them off for anything from a few guineas to a pint of beer, the trio giving a lively almost mountain music treatment to 'Ten Shilling Wife', a broadsheet more commonly known as 'The Ship Carpenter's Wife', though here it's the put-upon Betsy who comes out on top, exchanging her drunken sot of a husband for a far better one.

Appalachian banjo notes are there too on 'Bendigo', an original number about William 'Bendigo' Thompson who, one of 21 children, rose from the Nottingham slums to become a champion bare-knuckle prizefighter, earning his nickname from his contortions in the ring, before retiring to become, first, an award-winning angler and then a Methodist preacher combing the power of the word with the power of his fists. The basis of the song comes from 'Bendigo's Sermon', a poem by one of his fans, Sir Arthur Conan Doyle, the spare and spooked tune a rework of the traditional 'To The Beggin' I Will Go'.

The lament of a badly used poor maiden, 'Early One Morning' was a popular parlour favourite of the times and remains familiar today. However, feeling her being forsaken and scorned by her philandering lover wasn't dark enough, the trio have substituted the curiously light and airy original tune with something far more skeletal and forlorn, somberly sung and etched out on banjo, whistle and snatches of conversation along with eight-year-old Hamish reciting an extract from The Prince's Progress by Christina Rosetti, a Pre-Raphaelite poet not unfamiliar with the murkier side of romance.

The title track finally arrives, a jaunty, banjo-dappled reworking of a melody by Palmer itself restyled from the 1857 broadsheet The Manchester Exhibition, the lyrics here nodding to the various themes, obsessions and new religions of the era, from evolution (cue reference to "Charlie Darwin and the fossils in the bay") to capitalism, to raise a glass to progress, "the gift that keeps on giving", but also to question the nature of the concept and the 'survival of the fittest' in a contemporary pounds and pence setting.

It ends with 'Bonnie England', an unaccompanied snippet from an 1890 music hall number by Sidney Ward that cast a satirical and subversive eye over English life of the period, the line about "no dagger in a rival's hand to frighten you to bits" clearly resonating with today's knife crime culture.

An inventive, playful and thoughtful collection, it's accompanied with a song notes booklet with entomological illustrations, the album cover itself featuring the Manchester Moth (also referenced in the title track), an insect which started out white and evolved to become black to reflect the climate of the industrial revolution and then back to white following the Clean Air Act. Like all good folk music, it adapts to the environment.