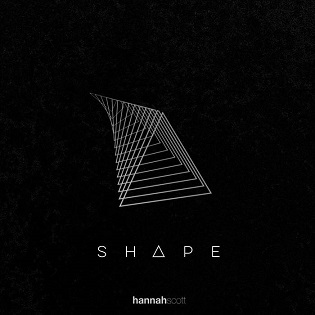 
Some 21 months since the release of her excellent CD, Pieces Of The Night, (reviewed here in FATEA), the talented Hannah Scott releases her latest single Shape.

One of Hannah's great strengths as a singer-songwriter is the ability to pen emotive songs that both engender empathy and truly tug at the heartstrings, for example, Boy In The Frame, which at the risk of too short a précis, was written for Hannah's nonagenarian paternal Grandmother, who at the age of ten lost her brother, who was 17 at the time, in a car accident. In terms of lyrical content, Shape very much follows in this rich vein, and once again showcases her talent as a powerful storyteller.

This poignant, true song, recounts how her maternal Grandmother refused to accept her Mother's choice of husband, Hannah's Father, threatening never to speak to her again should she marry him. Hannah's parents followed their hearts and the Grandmother stayed true to her word for twenty years. Even the eventual birth of Hannah elicited the comment "I do not believe this is a matter for congratulation." Heady stuff indeed, and powerfully delivered it is too.

Co-written and produced with long-standing creative partner Stefano Della Casa, the duo really are a match made in heaven. Shape builds firmly upon their previous work; Hannah's traditional song-writing craft is perfectly balanced by Stefano's swirling, atmospheric electronic sounds, which whilst prominent, never overshadow her striking vocals. Once heard, and you are strongly urged to do so, this is a song that will ingrain itself and warrant repeated listens.

Hannah Scott continues to be as fine an interpreter of emotions as anyone on the contemporary folk music scene today. On the evidence of this track, the forthcoming album is awaited with relish.