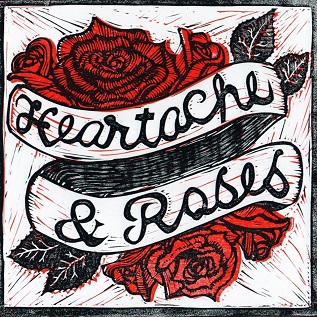 
A band rather than solo artist, with none of them called Gunther, they're a roots rock Americana six piece from Portland headed up by Pete Dubuc on lead vocals and guitar. This is their third album and the first with the new line-pup that includes Greg Klein on mandolin, kicking off with harmonica blowing on the goodtime sounding 'New Man', a song about turning over a new leaf as the New Year approaches, the subsequent drums-driven sharp-tongued ("you don't care about the people or the consequences/you just care what your friends would say") 'Unlearned' keeping the momentum going, taking the pace down for 'The Crossing', a mid-tempo harmonised ballad that sports the great line "I'm not a loose cannon I'm firing a warning".

Save for 'Slow Me Down', which rides a rolling rhythm and has a hint of Brian Jones guitar, the remaining("it feels like giving in to live a life that leaves everybody comfortable but you") 'Ally', the strummed regrets of 'Garden', the title track's harmonica-laced contribution to the life on the road and missing you and the closing slow waltzing love song 'Same Place, Same Time' being particular standouts.

Not least on account of scrappy cover, it's probably not an album you'd pause over thumbing through the racks, but I suspect that if you saw them in a bar you'd definitely be queuing at the merch desk after the show.