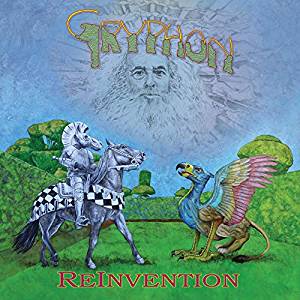 
Would you revisit your childhood if you could, and if you did, would you change things for the better?

Gryphon, a legendary British rock band from the early Seventies, have done just that for me, their first album for 41 years just peels back the years.

It's almost as if they never went away. The charm and pleasure of hearing unusual medieval instruments such as Crumhorns remains undiminished.

Musically as varied as ever, one minute gentle whimsical folk style melancholy meanderings based on the works of Lewis Carroll that mid song turn into a heavy riffing piece of prog rock before reprising the opening ("Haddock Eyes"). Nonsensical nonsense of the highest order. You cannot help but smile.

Impossible to pigeon hole, "Sailor V" has a slight Celtic feel, "Hospitality at a Price… Anyone For" is 20's ish style, the type of music that had earlier inspired the Bonzo Dog Doo-Dah Band in the Sixties. "The Euphrates Connection" is a slab of Prog Rock you'll either love or hate. I love it personally.

Gryphon's sound is unique, as evidenced back in 1973 when their first album came out and the band received airplay on BBC Radio 1,2,3 & 4 within the same week. The band recorded four LP's before calling it a day in 1977 with "Treason" as Punk Rock blew away so many of the Progressive groups.

And if you were to be able to revisit and reinvent your past then you couldn't do a better job than that done here.

Gryphon's "Reinvention", the continuing story of the guardians of the devine.