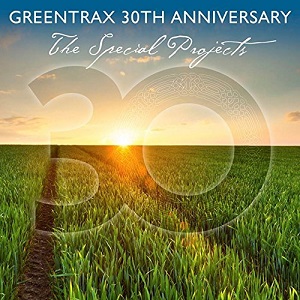 
2016 was the 30th anniversary of Greentrax Recordings; to mark the occasion the label released this fantastic-value (£8.99) double-disc set containing 30 representative tracks from its various "special projects". These range from the prestigious "Tapestry" companion albums to the acclaimed WW1-themed Far, Far From Ypres which spawned a number of sell-out concert performances.

Other typically intelligently themed collections sampled here concern Bannockburn, Flodden, the Jacobite Rising, the New Parliament, and People & Songs Of The Sea. An exception to the themed projects scenario is a brilliant example of Tony McManus' clear-sighted guitar wizardry.

Greentrax subsidiary labels are also represented: Culburnie (inevitably) by the wonderful Alasdair Fraser and Natalie Haas partnership, and the extensive Scottish Tradition archive series by a Lizzie Higgins track. Even the most avid collectors of Scottish music won't have all these tracks, so you really can't go wrong with this superlative, well-annotated collection