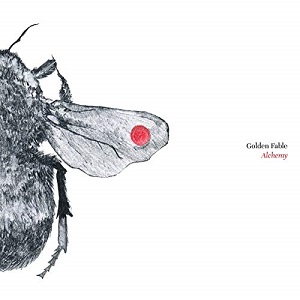 
Alchemy is the fourth album for the North Wales duo, Rebecca and Tim Joy, now with Jonathan Guy added to line up. It's not just the three of them performing on the album however, with members of the orchestra NEW Sinfonia added to give the release more grandeur. The additions definitely have an impact, and they certainly conjure up some transformative magic, with the impressively constructed musical arrangements matching perfectly with the ethereal vocal talents of Rebecca Joy.

It is that voice that grabs you first, operatic and fragile, but full of warmth. Tripwires is a good opener; a perfect introduction to an album full of soaring instrumentals and poetic lyrics. It's followed by Hold True which marries together an electric indie sound with a more folky classical string accompaniment, which works really well.

Alchemy is one of those albums where the quality just does not dip, and so everybody will have a different favourite. I suspect Enemy Lines will be up there for most people though. It's a gloriously slow building track that propels you gently along to a climax that can't help but lift your spirits towards the warmth of the sun. Trust is another particularly worthy of mention, softer in vocal performance with a build to an uplifting end.

There aren't too many bands out there that sound like Golden Fable, and Alchemy is a bold and brilliant record. At times this sounds like the result of putting Clannad, The Cranberries, and Echobelly into a blender, producing a musical smoothie you'll want to drink in again and again. Ambitious and impressive.