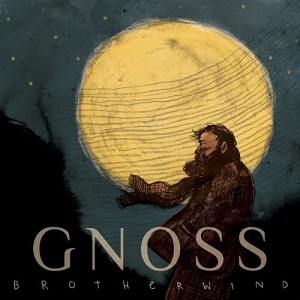 
Glasgow-based four-piece Gnoss was nominated for the Scots Trad Music Awards "Up & Coming" category in 2017. But it turns out that Gnoss was originally a duo consisting of young Orcadian musicians Graham Rorie (Fiddle/Mandolin) and Aidan Moodie (Guitar/Vocals), who released an album back in 2016 - since which time they've released a couple of singles and obviously expanded the lineup to include Connor Sinclair (flutes/whistles/vocals) and Craig Baxter (bodhrán/percussion).

I believe this EP marks their CD debut as a four-piece, and in traditional EP style it showcases the band's varied approach, displaying its forward-thinking blend of folk-rooted influences. The opening (title) track, a perceptive cover of a Tim O'Brien song, allows the foursome to demonstrate its propensity for intricate and meaningful arrangements to underpin the attractive vocal work. A comparable delicacy in vocal expression characterises their mellow arrangement of the traditional ballad I Will Set My Ship In Order; perhaps more variety is needed in this respect, and it will be interesting to see what they make of a different kind of song. The EP's pair of instrumental tracks provide both gentle innovation in the lightly driven finale of the Moul Head reel-set and a more measured kind of fuelled energy in the chunky groove and intelligent part-distribution of The Closet Bodhrán set. Since none of the tunes are familiar, I have to assume they've been penned by band members, but I might be wrong.

For an irritating aspect of the presentation is that important details such as personnel and composition credits are totally absent from the sleeve; this skimpiness, too much a feature of this age, doesn't do the band any favours, for all that they show considerable promise and musicianship.

The fact that the EP is listed as available primarily in download format, with only a limited CD run, will I suspect also prove less than helpful, especially with a spring Scottish tour and a summer-full of festival appearances lined up where there's bound to be a demand for take-home product.

The Duchess at Baltoppen Live