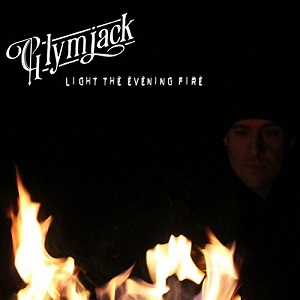 
This is one of those albums that is most certainly a "slow burner." When I first listened to it I could not decide whether it was folk, country, slow rock or something else and I have to admit that I am still not sure as it contains elements of all the aforementioned genres. What I do know is that Greg McDonald is a song writer with immense talent.

Glymjack is led by Greg McDonald and supported by various artists although they tour as a trio including Greg, fiddler Gemma Gaynor and bassist Dickson Collinson. Most of the songs on this album have been penned by Greg with the exception of a couple of traditional folk songs; these being "Bows of London" and "The Sweet Trinity."

The album opens with a very Magna Carta sounding track, "Light The Evening Fire." Chris Simpson would approve of this song. "The Wolf Who Cried Boy" has not only a very clever title but a catchy song to go with it as well. "Hope Point" has its roots in country and includes some fabulous steel guitar and beautiful harmonies. It is also my favourite track on the album. By now you will have an idea of the Pot Pourri of music on offer here.

"Made In England" opens with a wonderful piece of traditional fiddle and sounds nothing like the song made famous by Elton John. The title track "Light The Evening Fire" slows the fairly languid pace down even slower with its simple guitar lines and again some delightful harmonies!

Whilst confessing that I am not a big lover of folk music this band is different, talented and with sufficient variety of sound to keep me listening. With just a touch of Fairport at times, Glymjack take their music to a level that most folk based bands are unable to reach.

So, having not been totally convinced by this album after two listens, I have since been converted into a fan of Glymjack and look forward to listening to more of their unique style of music. They have certainly won me over.