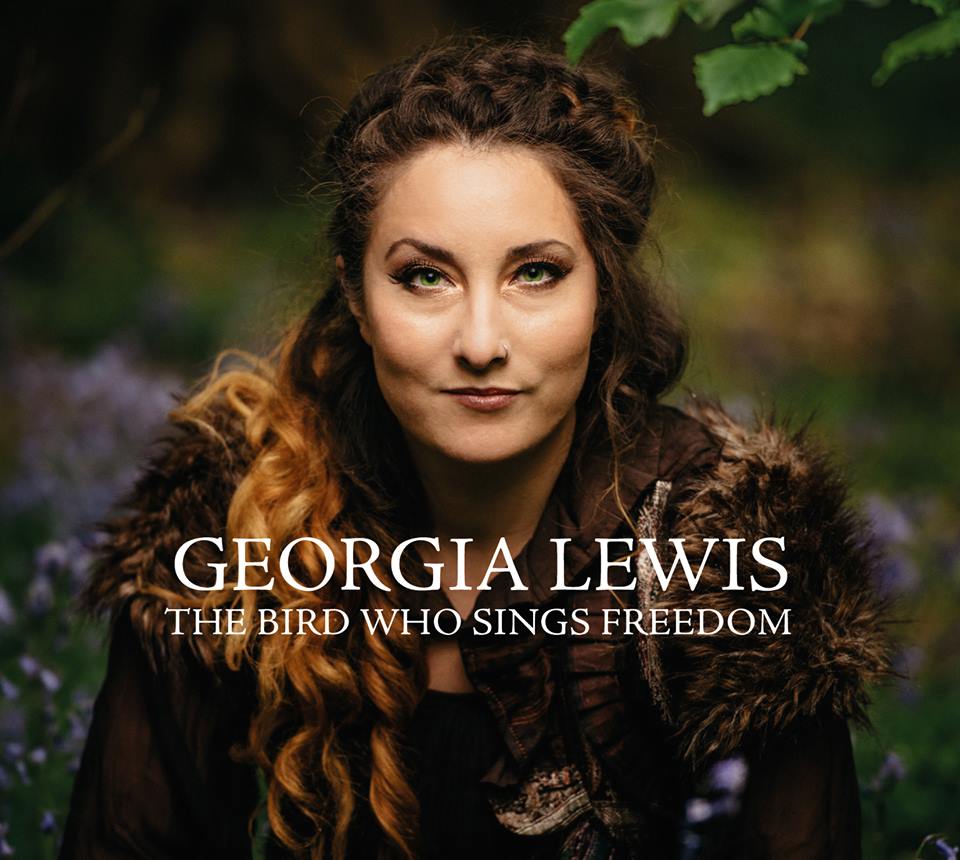 
I’m only sorry that it’s taken so long for this CD to rise to the top of the pile, for it’s quite a stunner and no mistake. Georgia’s a singer and accordion player who hails from Wiltshire, whose previous adventures have encompassed prog-rock band Maschine (with whom she toured and recorded an album), a course in Professional Musicianship and travels to (and studies in) India. In 2012 Georgia got together with guitarist Felix Miller and fiddler Rowan Piggott and recorded an EP, following which she embarked on a heavy round of folk club and festival performances culminating in winning the Future Of Young Folk award at Bromyard Folk Festival in 2015 and the band competition at the 2016 Ely Folk Festival. Even then, inexplicably, news of these achievements didn’t reach me!

So now, with the release of this fully-fledged debut album, Georgia is being catapulted into my consciousness – and not before time. The lion’s share of the disc presents a number of traditional songs dressed up in fresh clothes and brought to life with Georgia’s uniquely expressive singing voice which in particular makes excellent use of light and shade. As you can hear straightway on Stonecutter’s Boy and the distinctly Pentangle-like cautionary tale of The Unfortunate Lass. Her thoughtful, measured interpretation of classic murder ballad Lady Diamond is outstanding in its balance of ominous delicacy and driven storytelling. The Wife Of Usher’s Well receives a surprisingly deft reading, interpolating a skipping jig within its metre, as does a particularly fresh-minted account of Trees They Do Grow High. However, it’s Georgia’s solo voice-and-piano account of the dark Derry ballad Must I Be Bound that’s the most powerful showstopper, and for me probably the album’s standout track.

This ranking is notwithstanding the intensely symbiotic accompaniment Georgia coaxes from her fellow-musicians throughout the album; as well as retaining the expert services of Felix and Rowan, Georgia also enjoys keen rhythmic input from Tom Sweeney (double bass) and Evan Carson (bodhrán, percussion), the latter coming into his own on Georgia’s animated account of (Raggle Taggle) Gypsies. But Georgia also stepdances – and since the earlier EP has added whistle, piano and shruti box to her own armoury, to good effect.

Back to the songs – and even those which aren’t actually traditional have something of the air of being so – True Lover is a setting of words by A.E. Housman, and the disc’s title song sets a poem by Maya Angelou to a melody by Seaford singer Jerry Jordan. Until One Day – Georgia’s only completely original composition on the album – is a powerful reflection on love and loss inspired by the wartime separation of her great-grandparents. And Rowan even contributes a song of his own to the collection – the penultimate track, A Royal Game, within which is incorporated a Scandinavian-inflected polska. (On that showing, I greatly look forward to Rowan’s forthcoming solo CD…).

In terms of sources and approaches, the above summary may imply a slightly disparate menu, but what this album provides is a unified vision and a willingness to explore creatively the songs and tunes that form the bedrock. And Georgia’s singing is very impressive indeed – she has both the insight and the technique to bring it all off, and one can only wonder at how her artistry may develop from this first full-length outing on CD. I shall definitely be keeping a watch on Georgia!