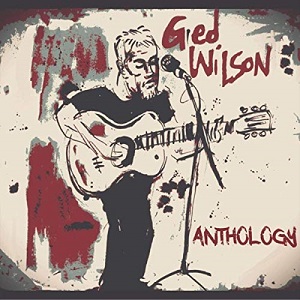 
Ged Wilson descibes his music as "blues for the 21st Century". A guitarist who honed his music and stagecraft through various bands down the years before going it alone.

Three solo albums under his belt, he felt it was time for reflection. So here we have Anthology - a collection of Ged's favourite songs from the past decade.

And this a great introduction to Ged's work giving us a mixture of solo blues to the full-on band blast.

I particularly enjoyed the honest approach to his songs. You won't find any overblown production pieces here. No, more likely you'll find some honest-to-goodness blues.

What the Blind Man Saw is an upbeat bluesy number with a driving backbeat, where Ged is right at home.

There's more harmonica on Down The Line, a enjoyable R&B romp as Ged shows he's very comfortable in this kind of outfit.

The final song here is Kinda Blue has a nice jazzy feel to show another string to Ged's burgeoning bow.

An enjoyable introduction to a competent and classy 21st Century bluesman - check him out.

Ain't That A Shame