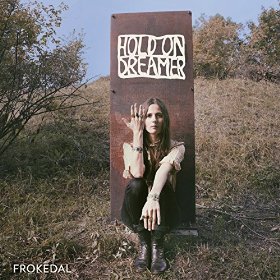 
Having had a decent wallow in the serious pop mainstream with Norwegian bands Harrys Gym and I Was a King (collaborators included Norman Blake, Robyn Hitchcock and Sufjan Stevens), Anne Lise Frøkedal has opted to explore acoustic sounds and the spaces between them in this delight of a debut album.

Arrangements are as sparse as the musical settings, breaths become as much of a rhythm as the percussive intrusions that underpin most of the songs delicately delivered here. There is an electric guitar, but it's being used to decorate and adorn, to create and continue a mood rather than establish a sense in itself. The influences are more folklore than folk music, as edgy little stories are relayed over brittle musical constructions, most beautifully on The Man Who Isn't There and the beguiling Don't Look Back.

Like painstakingly assembled, fastidious, fragile sculptures, listening to this you get the feeling a single breath out of place could bring the whole thing crashing down. Every sound and every silence earns its keep and makes its case in eloquent waves before being supplanted by the next piece of the jigsaw.

The effect is charming, strangely uplifting and mightily impressive.