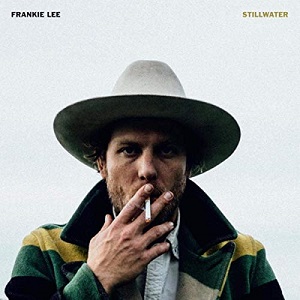 
Four years on from American Dreamer, hailed by Rolling Stone as the debut album of the year, Lee returns with a follow up both named for and recorded (at his mother's house) in the Minnesota town where he was born. Stripped down with no big production, as opposed to the blue collar characters on his debut's travelling a path of self-destruction, he describes this as them seeking redemption by (as he sings on the twangy guitar 'Downtown Lights', an ode to Stillwater and former resident Jessica Lange who left when it became swamped by condos and tourist shops) returning home and confronting the past, addressing themes of loss of youth and love.

His warm, high tenor voice backed by an assembled group of local musicians on steel, synths, acoustic guitars, bass and drums, it opens with the dreamily languid strum of 'Speakeasy', basically a song about thinking before you open your mouth ("The babbling fool/His righteous words/They got a way of tearing the world apart"). Hints of Neil Young permeate the album in both Lee's nasal whine falsetto and the musical structures, one of the most notable coming early on with 'Only She Knows', a song that manages to drop in references to New York's Sag Harbor and East Village, San Diego's Deep End club and the Bonnie & Clyde movie.

Opening on a repeated piano notes phrase before settling into a synth-washed early hours slow waltz, the mortality-themed 'In The Blue' comes over all existential as he asks "What is today without tonight?" before a more narrative thread takes over for the simple strummed guitar and steel stained '(I Don't Wanna Know) John', a conversation with a down on his luck, unemployed man who paints a downbeat portrait of contemporary America with its traumatised war veterans, industrial outsourcing overseas and how there seems to be no place for the traditional American male when the future's female.

Slightly more musically uptempo with its tumbling chords and muted drum rhythm, 'Blinds' is a particularly haunting track about how "life gets real sometimes" but how you have to choose whether to be "the window or the blinds."

It hits the final stretch with the piano intro to 'One Wild Bird', a number on which he vocally recalls Justin Rutledge and speaks to a heart unbowed by the tribulations of life in images of "Palomino pastures/Cowboys never claimed" and "one wild bird before the spring."

A late in the day standout, written about a woman to whom he was attracted but who was all the phonies and imposters around her, a harmonica-shaded 'Broken Arrow' sneaks in references to Waylon Jenning's 'Lonesome, On'ry and Mean' and Leonard Cohen's 'Beautiful Losers' while, given the album's Neil Young echoes, it should be remembered that it shares its title with an old Buffalo Springfield song.

Earlier he mentions Highway 95 and the album ends with the daylight fading on the 405, the San Diego freeway, with 'Ventura', again a Young-like plaintive ballad featuring simple, echoey piano, lonesome harmonica, the lyrics sounding a resigned note of mortality as he sings how "all that I'm sure of/Is gone", asking "How long must I ride/How long must I leave all my love behind" and how "They say when you're ready/He'll come from the sky/But who's ever ready/To die"

The path of redemption is clearly rocky and uneven in Lee's neck of the woods, but he makes it one well worth navigating.