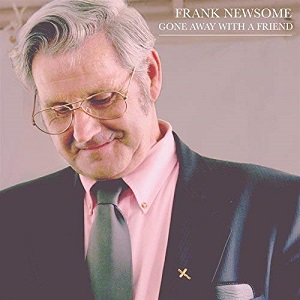 
This album presents almost an hour’s worth of pure and raw unaccompanied voice. Maybe too much for the timid listener, methinks – but in truth absolutely riveting. It’s a testament to one of the oldest and deepest streams of American roots music – the unalloyed, affecting hymns, sung in the old tradition of lined-out hymnody, that come from the services of Kentucky and West Virginia Baptists (of the Old Regular sub-denomination). Elder Frank Newsome preaches in Buchanan County, Virginia, and this album was recorded during just one summer evening in the tiny community of Haysi by Jim Lauderdale and Virginia State Folklorist Jon Lohman.

The brutally stark delivery of these hymns is a sub-set of the “high lonesome sound” of the voices of the likes of Ralph Stanley or Roscoe Holcomb. (Interestingly, it was Ralph Stanley who first brought Frank to the attention of the nation, having attended his services; Frank was later awarded a National Heritage Fellowship.)

But it must be noted that, while Frank’s normal modus operandi is to lead his congregation in sermons that blur the lines between speech and song, invariably involving a heavy element of congregation call-and-response, virtually the entire album is unadulterated solo Frank Newsome, in all his majesty. Deeply rousing, totally committed, full-on spine-tingling a cappella, each hymn firmly declamatory in its delivery – uniformly so, and yet with enough of a melody to retain listener interest if perhaps not complete involvement.

There’s a small handful of exceptions to the rule, though. Firstly, Frank performs strongly personal and distinctive accounts of two contemporary compositions (Josh Turner’s Long Black Train and Vince Gill’s Go Rest High On That Mountain). Secondly, his congregation joins in with the responses on the penultimate track. And thirdly, perhaps the most extraordinary track of all is an extemporised Prayer that Frank spontaneously offered for those gathered at the recording session itself – which uncannily recalls the a cappella outpourings of the good Captain (Beefheart) on his iconic Trout Mask Replica set.

Sure, Frank’s singing may well be a distinctly acquired taste. And yes, there’s no denying that at least the first two-thirds of the album feels a touch unrelieved for a continuous home listen if played straight through – but the ambience is strong and enervating, and in the end actually most inspiring. Nonetheless, while admittedly not for every listener maybe, this honest disc must be considered a major contribution to the American roots reference library.