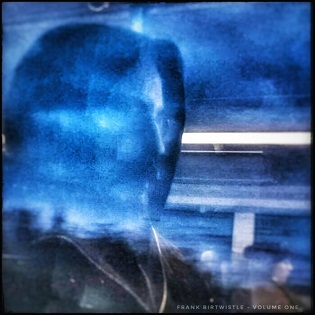 
I was very fortunate to see Frank Birtwistle play a live set supporting Katie Spencer at Café #9 in Sheffield recently. I was very impressed with his playing and had a chat with him afterwards.

Based in Sheffield, Frank is a very approachable, unassuming guy. He said he'd recently started playing guitar again after a ten year break. His inspiration..? Listening to Shiver by Lucy Rose.

There are four releases available on bandcamp (I'll leave the discussion about the fine line between an EP and a mini album for another time). All about twenty minutes long, seven tracks on each, mostly two to three minutes per track. All instrumental solo acoustic, three recorded on steel string, one on nylon.

Beautifully recorded too. The acoustic guitar can be a very human instrument when played with feeling and personally I really like hearing fingers on strings during chord changes. I was told these pieces of music were all recorded with, and I quote, "guitar/phonecam/headphones".

My only criticism would be that sometimes I felt the pieces were too short, that the images they conjured needed some more exploring before moving on the next. I found it was very rewarding to listen to all four releases in one sitting and just allow myself to be swept away.

I remember discovering the Windham Hill label in the early 80's, and I can happily imagine Frank's fingerstyle folk / classical playing on a compilation album, sat in between Will Ackerman and Alex DeGrassi.

I very much hope he continues to play as I will be keeping a watch for more music from him and hopefully catch him live again at some point.