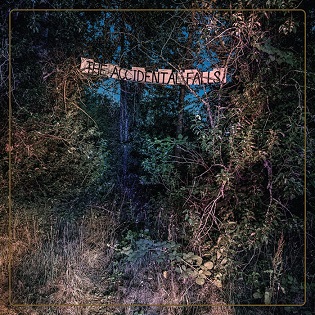 
A Portland, Oregon, three-guitar five piece whose members have variously served with Guided By Voices, The Decemberists and Stephen Malkmus, frontmen Chris Slusarenko and John Moen were approached by poet and former Tim Buckley collaborator Larry Beckett who offered to not only write them new lyrics, but also provide access to things he'd written over the past forty years. Understandably, they were persuaded that this was a gift horse into whose face they shouldn't look.

With Peter Buck recruited to produce and play on the album, it opens in classic jangling guitar cascades style with 'Dream', a psychedelically similar mid-60s Byrdsian-rush to be felt on 'Insomnia' and the quivering vocals and shimmering guitar clouds of 'Ceremony' while the brief 'The Minutes' brings a Celtic swirl flurry behind the soft, blurry vocals and an almost Creedence-like melody. Harder, heavier notes can be heard on the riffing bass drive of the title track and 'At Sea' contrasting to the narcotic hazes of the echoey sung 'River' and the psychfolk 'Mermaid Blues' with its Eastern guitar colours.

Of particular interest will be the strings introed 'Found At The Scene of a Rendezvous That Failed', a hitherto unreleased Beckett and Buckley composition which, featuring Beckett on piano and Buck on guitar, is firmly rooted in those lysergic 60s days and takes you back to things like 'Morning Glory' and 'Phantasmagoria In Two'.

Ending on the bluesy, brushed drums slow shuffle of 'Passion', this is obviously going to be of interest to the Buckley/Chilton/REM audience and the band are clearly accomplished masters of that classic sound, but there's more than enough going on here for them to stand out from such giant shadows and cast their own.