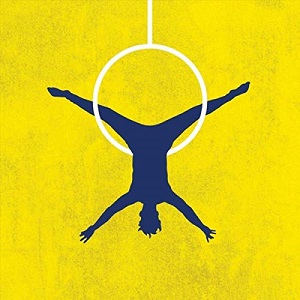 
I have been struggling to know how best to describe this new album from bi-lingual singer, Elias Krell. Brought up in various countries and listening to a wide range of music, from The Beatles to Joni Mitchell to Chopin, Eli attended and studied at the Oberlin College and Conservatory for Ancient Greek and Voice Performance in Ohio.

Much of her early music passion was derived from listening to her Father's records, all of which were apparently played very loud.

Based on her background, I would have thought that the past influences would be heard in this musical offering, but I cannot say where the main influence has come from. Eli's voice is pleasant but not outstanding. Some of the songs are delivered with a somewhat whimsical feel to them, not unlike Bjork.

Eli is a talented lyricist and guitarist, and her inclusion of the ukulele on some tracks is inspired, giving the album a somewhat different feel to much of today's music. She shows off her multi linguistic skills in "Cancion De Gusto" although all other songs are delivered in English.

Eli claims to have been a moody child although the attitude of a youngster does not really come over in her songs, most of which are fairly upbeat. The song that possibly best defines her style is "Broken Boy" with its delightful and simple guitar accompaniment, presumably played by Eli.

Overall, this is a pleasant enough album although arguably not quite appealing to my taste. Having said that I have found it hard to describe the style of music but there is no doubt that it will appeal to many music lovers. I am just not sure which genre it could readily be pointed towards. It feels to me that the CD is looking for a home although I am fairly sure that is intended on the part of Eli. She is most certainly not a lady to be pigeon holed!