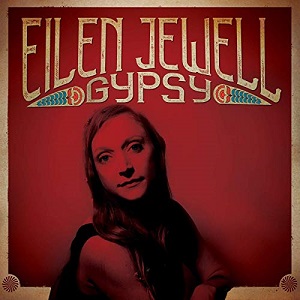 
Her first new material in four years and her debut on electric guitar, Jewell's eighth album kicks off in a swampy Creedence style with 'Crawl', a song about indecision and polarity as she sings " I want solitude, don't want to be alone/Want to put down roots, want to be a rolling stone." In contrast, the restless road-themed 'Miles To Go' has a laid back country soul groove before things blossom into Bob Wills-styled swing for the fiddle and steel coloured 'You Cared Enough To Lie', a cover of a number by Idaho legend Pinto Bennett, a classic country sound revisited on her own 'These Blues'.

Sitting at the top end of the album come two numbers that reflect her concerns about the state of the world and Trump's America in particular. '79 Cents (The Meow Song)' takes a Johnny Cash steady chug and work song rhythm and, featuring brass and what sounds like a theramin, sets them to a lyrically playful put pointed song about sexism and gender discrimination and is followed, in turn, by the rocking, bluesy groove of 'Beat The Drum' about finding the strength to rise above adversity and keep hope alive.

The roaming free title cut itself is another number steeped in old school country, here a more dusty, aching sound with dobro and rumbling drums behind her yearning vocal while the guitars take on a more plangent feel for 'Working Hard For Your Love' with its slouching blues verses counterpointed by a more urgent chorus.

The gathered wisdom and bitterness free parting of the ways of the organ-tinted 'Who Else But You' slows it right back down before a lazing slow dance rhythm and honeyed brass welcomes 'Witness', a testimony to the wonders of the world born of new motherhood which, in turn, also finds response in the closing titles of 'Hard Times', a come no more folk blues measured stomp, and the simple acoustic waltzing 'Fear' on which she raises a call to rise up out of negativity as she sings "Don't take fear to be your guide / Just look him in the eye." Jewell says life can be like a guitar string that's not pulled taut, that " a loose string makes a terrible sound." This, however, is perfectly tuned and attuned.