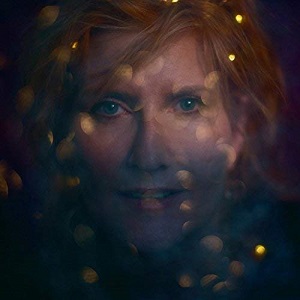 
Scotland is an amazing country combining wonderful scenery, stunning architecture and a deep rooted sense of culture with many true gems to its name. Loch Lomond and The Trossachs are just two of the stunning vistas on offer. From a cultural viewpoint, you need look no further than Eddi Reader for a musical gem.

Scottish born Eddi is celebrating 40 years in the music business having made her debut in 1978 in local folk clubs, since which time she has issued almost twenty albums. The latest being "Cavalier" which took most of 2017 in the making and was most definitely time well spent. All of the songs on it were recorded live in the studio with the best take being included on the album. It is being released in late September.

Cavalier cannot be considered as a folk album although it contains strands of that genre. It has too many differing styles and sounds to be pigeonholed. Featuring a mix of contemporary and traditional songs, the album delivers music that is just a pure delight from start to finish and provides a window into the talent that is Eddi Reader.

The title track "Cavalier" is a very upbeat song about love and sharing. It is about as far away from a folk song as you can get. "Starlight" is a Boo Hewerdine song that I half expected to be accompanied by Nat King Cole. This has a wonderful almost 50's classic movie sound to it. "Go Wisely" is a song about letting your children go into the big wide world without a parent's support. The opening lyrics are what almost every parent hopes for their children; "Be good to yourself."

"Deirdre's Farewell To Scotland" is a song that Eddi inherited from the house clearance of a departed relative. It is a beautiful story and one that deserves to be listened to in full rather than written about here. The piano playing in it is exquisite.

I am really not sure how to describe "There's A Hole In The Desert Dear Darling" other than it is both clever and thoughtful. Not surprisingly it bears little resemblance, other than a few recognisable but minor musical sections, to the original "bucket" song by Harry Belafonte. This however rather than being a joke song is a tribute to a friend that passed away and describes the loss with heartfelt emotion.

The closing track on the album "A Man's A Man For A That" is a song written by, most fittingly, Robert Burns, Eddi's favourite Scottish Songwriter. Although she only sings four of his original five verses, the message is still clear. "Mankind is one and should show solidarity to each other." I have no doubt that Robert would be saddened to see what the world in its current self-destruct mode is doing to itself but will also be thrilled to hear Eddi's rendition of his music.

So, here we have an album with 16 tracks, none of which can be said to be the same as the track before or after it. A true "pot pourri" of musical styles, lyrics and emotions. Each time I have listened to it I have found something new to intrigue me and make me stop what I am doing and listen some more. It is one of those rare things in that respect and as such is an album that will stand the test of time. As I wrote above, Eddi is a real gem of Scotland and starts a nationwide tour in October 2018. Look out for her.