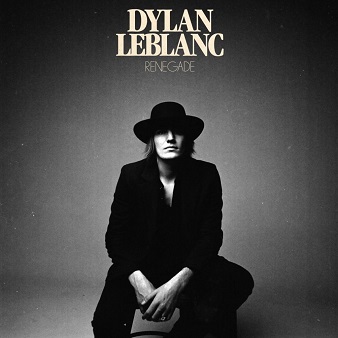 
His first new music since 2016's Cautionary Tale, the Shreveport singer-songwriter shapes up well on a collection that balances reflective, folksy balladry with more muscular rock material. It's the latter that gets things underway sounding echoes of Neil Young with the organ swirled, guitar riffing, reverb drenched mid-tempo title track, and the line about a "bad motherf***ker" all the more potent for the sweetness of LeBlanc's whine.

Another two-fisted rock punch lands with 'Damned', a number that finds him, "Born a non-believer", questioning organised religion that sees everything in uncompromising terms of good or bad.

'Born Again' has a slightly blurrier edge with its guitars chiming around a theme of teenage escape and new starts, fierce guitar riffs driving 'Bang Bang Bang' with its focus on gun violence when words fail to bring about change. 'Domino' stems from a conversation with a prostitute with whom he shared a New Orleans cell during one of his drink-fuelled benders as he sings how "You're feeling like you're nothing at all."

Things slow down in the latter stages, the lazy narcotic roll of 'Sand and Stone', another song, drawing on his years of addiction, about the need to find change and redemption ("I killed the man I was/Many years ago/And he ain't coming back"), flowing into the widescreen countrified soulful ache of 'Lone Rider' with its images of isolation and how "When you're hellbent for leather /Your shadow is your only friend/But even he is just a traitor to the darkness creeping in" as he confesses "All my life I've been haunted by the wrong kind of fame."

It's one of three standout tracks that bring the album to a close, the second being the Young-ish strum and falsetto whine of 'Magenta' as he again sings of the failure of religion to bring salvation to those in need ("Oh dear god/Are you ever gonna find us/We're in pieces"), of how "there's trouble in the lowlands" but prayer brings no relief ("Dear Jesus/Made out of porcelain/I did my best/But nobody's listening… No word from you again/You've gone silent like a harlequin").

It ends with the spare, swampy history of immigration-themed 'Honor Among Thieves' with its stark opening:

a soaring, sweeping string quartet an ironic counterpoint to the image he paints as he sings "I can see the blood cover every single country mile…It's hanging like a fog so thick left in the air/Founded on their backs for an unkind world to bare/And they had to steal/The American dream."

Four albums in, as he sings on 'I see It In Your Eyes", he's "still here in a place not hard to find." Given that Renegade has earned him first placing on Billboard's Triple A chart, it's encouraging to see that people are now finally looking.