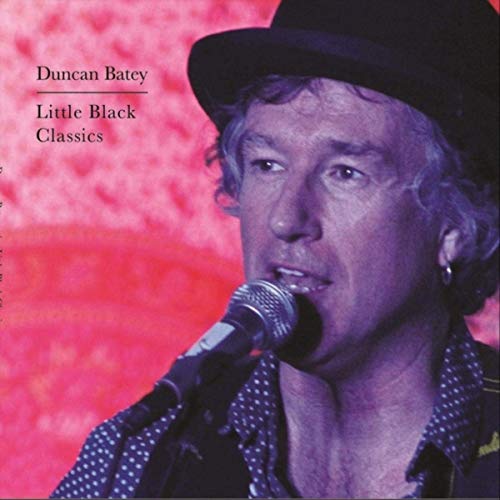 
Duncan Batey is an award-winning songwriter, singer and performer based in Somerset. This is his first full album after the 2013 release of his EP "Blindsided".

The album opens with "Cleanskin" - a dramatic intro soon blends into an relaxed tempo summer-y sort of tune that immediately grabs you with some startling lyrics and some impassioned howls at the moon to produce a track that introduces a recurring theme of the album - emotional health and anxiety. The sound is somewhere between "Dark Side of the Moon" and "Horse With No Name"… which leads me to think this might be as good a place as any to make a general point about the whole album… So many times, there is something either in the overall sound, arrangement, lyrics or delivery that makes me think "Ooh that reminds of…of……. it's on the tip of my tongue…." But it's gone before I can define it! This never gets in the way however, of what is a very fine achievement.

The second, and title, track is very different in feel as we are presented with a sort of French chanson / Jacque Brel composition and arrangement featuring accordion and gypsy violin which all works very nicely.

This leads to another completely different vibe for "Mixed Messages", Batey's strummed guitar backed up with a contrasting string arrangement that as the song builds with electric guitar moves into "Day in the Life" or even Velvet Underground territory!

It's a catchy bluesy skiffly sound next for "Stoney Ground" with a riff reminiscent of early Rolling Stones. It's a clever reversal of the gender sexual stereotype that women are interested in relationships and men mainly in sex, as Batey demands something deeper than what "other men" seem to want.

After the variety of style shown in the first four tracks, you start to wonder what's coming next. It's an altogether softer, more wistful and yearning song, again dealing with emotional stress and social anxiety: "Oh I should know / I destroyed my life with it / this strange disease …. I've destroyed lives with it."

Back to a bluesy sound complete with some slide guitar for "Old Dog Fast Car", and then another wistful and yearning ballad "Home by Now" before we get to perhaps the most unusual track on the album "Desire is a Nameless Rose" which is really a short poem built into a swirling almost psychedelic mood piece. It's very ambitious and skilfully done although the track is perhaps a tiny bit longer than it needs to be I think…

"Coming Undone" has a lovely, melancholy chorus as it continues the theme of suffering from anxiety and insomnia and then the album finishes with "Run" which has echoes of "Wish You Were Here" in the acoustic guitar part, and a vulnerable and moving self-understanding in the lyrics. It's a gentle and touching close to the album.

Duncan Batey's voice has huge range and variety of tone and while I have been listening to the album, so many names that he reminds me of keep springing into my mind- without him actually being like any of them very much! I was reminded at different times of David Bowie, Leo Sayer, Anohni (formerly known as Antony Hegarty), Marc Almond, Bryan Ferry, Ray Davies, Van Morrison, David Byrne, Mick Jagger, Elvis Costello, Jimmy Somerville, Neil Hannon… the list keeps growing. It's a sensitive voice that can deliver a lyric with real intensity and conviction but it is never overdone or forced.

The musicians are all important contributors to the sound of each track and there is some delightful work especially from the violin and cello. Batey's acoustic guitar is the foundation of every track with the other instruments building some very atmospheric sounds as they join in. The instrumentation is never allowed to overpower the lyric which is testament to the skills of Daniel Shaw, both as a studio whizz and producer, and as a multi-instrumentalist on the album himself.

This is an album of deeply emotional and sometimes dark feelings, but this is balanced by both the wit, intelligence and quirkiness of some of the lyrics, the clarity of musical delivery and above all by the sheer variety in musical style and tone.