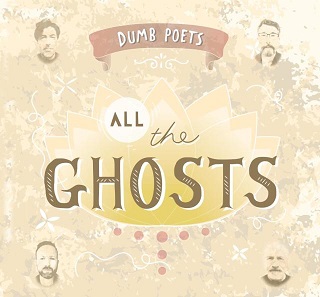 
So much has changed in the three decades that Dumb Poets frontman Lance Riley has been plying his songwriterly craft, but the more things change the more they stay the same and the staple ingredients of guitar, bass, drums, killer hooks and winning melodies is the same now as it ever was. Praise be!

Somehow, the odd flirtation with wider recognition aside, cruel fate has conspired to keep Riley under the critical radar. Until now.

Dumb Poets could be viewed as a late flowering, an after-hours drink up in the Last Chance Saloon, even a triumph of natural justice, but it's none of those things. This is a now sound for tomorrow people, deaf to the demands of the market, blind to the vagaries of fashion and dumb enough to give it another go with as much gusto as the first time.

The influences are clear - there's the inescapable Lennon and McCartney, familiar heroes of Albion like Ray Davies, Difford/Tillbrook, Marriott/Lane, even Nick Drake, as well as those from across the water that have fallen under their spell from Alex Chilton and Neil Young to Michael Stipe and Ben Folds. It's in the sound as well as the lyrics and arrangements - the vocals invoke shades of Dylan, late-period Joe Strummer, Pete Shelley even, bordering on the camp, but assertive never effete, worming their sweet refrains into the ears of many.

At his back Riley has assembled as mean a bunch of musical hombres as he could find in his native Bournemouth.

There's the virtuoso blues and rock licks of six-string slinger Harry Skinner, a man whose Strat can shoot the moon on the bar room brawl chorus of Down in the City, but is arguably even more effective painting broad strokes of chiming colour with his Jaguar on the verses or decorating Sugarmouth with Gene Clark jangles. On Shadows, one of two Riley numbers from the last century (with the evergreen Wildflower) given a new lease of life here, he exercises the crunchy growl of a Les Paul Jnr and it's a fine thing in the right hands.

The rhythm section finds bass figure James Greenwood expounding on the grooves kicked up by drummer Joe Musker, a bone fide Liverpool legend whose foot pedal has found its way into the deep DNA of at least two generations of Merseybeat outfits from the late 1970s and 80s including Wah! Heat, Dead or Alive, The Farm, It's Immaterial and any number of others.

In truth, none of these songs would sound out of place on any of your favourite guitar albums from the last 30 years - the title track could be the song that Teenage Fanclub lost down the back of the sofa around 1997; Country Girl swoops and swoons in a heavy, heady statement of psychedelic intent; Downstream gently grooves like Alice disappearing down the hole; while Heartshudder suggests The La's fronted by Bobby Darin; and Lotus on the Wire channels XTC resplendent in Dukes of Stratopshear garb, complete with Harrison-esque guitar licks.

This is exemplary stuff from quite probably the best band you've never heard of.