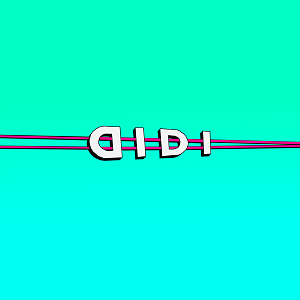 
Lauren Deakin-davies has been best known until now as a producer working with young rising stars such as Roxanne de Bastion, Minnie Birch and Emily Mae Winters. However she is also a talented singer-songwriter and multi-instrumentalist who plays under her performance guise of DIDI. Having performed at various locations mainly around London and surrounding counties she has taken the welcome step of releasing a limited edition EP. The songs are written by her, with one co-write, and performed by her with Rhiannon Mair providing drums and co-production.

As a first album it does exactly what it should do and showcases DIDI's ability as both writer and singer. Expect high energy, adrenaline fuelled pop-rock with an almost punk overtone but that's only the first impression. Listen carefully and there are layers in some very well constructed lyrics. DIDI does what all good songwriters should do and concentrates on what she knows, so the common thread in these songs is a youngster discovering those new relationships and contacts with a wider circle of people which isn't always going to lead to a happy ending.

Two songs "Back Off" (parental advisory: that's only the title on the radio edit, not the live version) and "Awkward" both cover that situation when somebody gives you the benefit of their opinion, whether it's wanted or not. We've all been there, probably on both sides of the fence, but it doesn't make it any easier to deal with.

There are also love songs in both "Fast and Furious" and "Sorry" but it tends that relationship where the other person isn't on the same page, either going too fast or too slow. "Sorry", in particular, brings in a new emotion, that of having to share yourself with somebody leaving you open and vulnerable. That's a theme that is also explored in "Fickle Friends", another thing we have to learn in life; sometimes people only want you for what they can get from you.

It isn't an angsty album, though. There's a real sparkle to it mainly because of the full on presentation that gets you moving and keeps you moving as DIDI's character shines be through. Do try to get hold of this album, not only because it's very good, but because it should be the start of something big. There's huge potential in these songs and I think it won't be long before we have to go to much bigger venues to see her play live.

Live shows are, at the moment, the only way to get hold of the physical CD, although the majority of tracks are available on Soundcloud. The big advantage of buying it at a live event is that you get the stage show as well, and that is very worth seeing. DIDI is building a band, which can change personnel according to availability, but includes some of the brightest and best young musicians around. They have great fun, too, which is obvious to see from the audience as they bring in choreographed dance moves and various jokes. You'll also see the full range of DIDI's abilities because there's a lot more to her music, including a couple of really sensitive songs that grip an audience and leave them hanging on to every word.