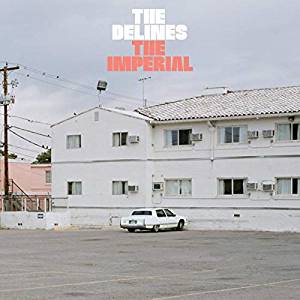 
Reunited with Amy Boone following her three-year recovery after being struck by a car, the Portland retro country soul masters are back to full strength, with Cory Gray on keyboards and horns, Tucker Jackson on pedal steel and former Richmond Fontaine members Sean Oldham, Freddie Trujillo and Willy Vlautin. The latter penned all ten of the tracks, steeped in his familiar themes of despondency and blue collar folk trying to get by in a society that, more often than not, doesn't give a damn. There is, though, often a warmth of consolation or compassion evinced by Boone's vocals, evidenced from the start with 'Cheer Up Charley', a song looking to lift the spirits of someone sunk into self-pity after being dumped by his wife.

The song sets the slow burn tempo for pretty much all of the album, continuing with the languid organ-backed groove of the title track in which two former lovers are reunited, ten years after he was jailed, for one last drink to tie up loose and ends bring closure.

A fractured relationship also anchors 'Where Are You Sonny? a brass-embellished torch soul that follows a woman searching for her missing self-destructive boyfriend who takes off after a row in the parking lost while, in a kindred mood, 'Holly the Hustle' is about loss of innocence as, orphaned by family tragedy and lacking self-esteem, the titular character grows up among society's low lifes, with the bottle as a crutch, ending up beaten and homeless, "left drunk and bleeding" at 19, a hint, perhaps, of Lou Reed hovering around the edges.

With its cascading twang, 'Eddie & Polly' lifts the pace somewhat but the narrative resists any attempt to follow suit, unfolding the story of a young couple whose love burns with the intensity for also the duration of a struck match as they run out of money living out their passion, Boone repeating the refrain of how "the party never stops; the pressure starts."

By this time it should be fairly obvious that there's not much here to engender feelings of joy and hope, the album continuing with the pedal-steel coloured 'I'd Rather Go Blind' feel on 'Let's Be Us Again' and its fruitless longing to get back to a lost relationship's better, simpler times, the heartbreak resigned despair of the gospel-tinged 'He Don't Burn For Me' and the stripped back, sparse reverb-treated piano and strings-accompanied 'Roll Back My Life' as Boone sings of "just scraping by."

It's a song that grasps at the vague possibility of escaping from the darkness of wherever the songs characters find themselves, its note of fragile hope echoed on 'That Old Haunted Place' with the character's refusal (Holly, perhaps?) to slip back into the pit after "it took everything to get free" and in the album's closing, Billie Holiday-esque bluesy, organ-shaded 'Waiting on the Blue' as dawn breaks with the garbage and delivery trucks and Boone sings "I know the night will end/I just get so weary waiting on the blue", the track swelling to a sonic crescendo before ebbing away leaving her "saved once again by the blue."

Few writers capture the stark paradoxical beauty of desolation and despair like Vlautin, few give it such expressive voice as Boone; theirs is a unique and intoxicating partnership and The Imperial is a masterpiece.