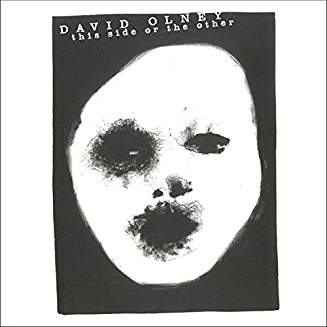 David Olney
Album: This Side Or The Other
Label: Black Hen
Tracks: 10
Website: http://www.davidolney.com


During his 30 years in music, the Nashville Americana singer-songwriter David Olney has also embraced acting and poetry, as well as presenting a very popular stream cast. Alongside putting out numerous albums himself, his songs and co-writes have also been recorded by artists such as Emmylou Harris, Del McCoury, Linda Rondstadt, Steve Young, Slaid Cleaves, The Wailin' Jennys and many others. In fact, in checking his back catalogue I found he co wrote the brilliant 'Deeper Well' with Emmylou Harris and Daniel Lanois, which is one of my favourite songs from her seminal 1995 album 'Wrecking Ball'.

'This Side or The Other' was recorded and mixed by award winning Steve Dawson with him and David producing. The record features a stellar bunch of Country, Roots musicians including Charlie McCoy, The McCrary Sisters, Fats Kaplin, Anne McCue, plus David's regular band, Daniel Seymour on bass, Ward Stout fiddle and Justin Amaral on drums.

Of the ten songs here, three are David Olney originals, six are co-writes with one or more collaborators and there is one cover, The Zombies' 1965 hit 'She's Not There'.

Opening song 'Always The Stranger' chugs in on fiddle and percussion closely followed by David's world weary voice that sits somewhere between Johnny Cash and John Hiatt and when he pushes up into a bit of his higher register it almost sounds on the verge of cracking, which adds a real tension to the proceedings. It's a great opening song with lots of little instrumental cameos from the band where they get to display their wares to the listener.

'Wall' immediately sounds much more contemporary, with its Tom Wait's style shuffling, muffled, percussive opening that, of all things, hints at a 'Billy Jean' type rhythm. There is a palpable sense of impending doom here with lovely tremolo, reverbed guitar chords lending a sense of musical alienation in sympathy with the lyrics "Brick by brick, stone by stone-You build a wall, then it's done-Fear by fear, doubt by doubt-You keep me in, you keep me out".

'Border Town' follows and is a proper cowboy song, full of Mariachi type guitar phrasing as it gallops through. Just close your eyes and you're in a 1960's spaghetti western with some dusty Mexican village in the distance as Lee Van Cleef ambles into town!

This is quite an opening three song salvo and wisely David slows things down a tad for the heartfelt 'I Spy' and 'Running From Love', which still boasts a very fine guitar line that grooves along beneath the understated vocal, lending a sultry John Hiatt 'Alone in the Dark' feel.

Album title track "This Side Or The Other' is up next leading in on some sweet, what I think is, pedal or lap steel and shuffle drums as David delivers a yearning vocal married to some beautiful harmonies from Anne McCue before 'Death Will Not Divide Us' struts in, all bar room swagger, barked vocals and stinging guitar solo's.

Working into the last three songs now, Open Your Heart (And Let Me In) is another tale of lost love whilst 'Stand Tall' is a desolate little five minute masterpiece that builds slowly over a stark, backbeat guitar strum and vocal and, in an almost Dylanesque way, the title of the song is not revealed until the last line which again has the effect of building a dramatic tension and hooking the listener in. Then it's on to the final track, a cover of The Zombies 'She's Not There' which is gets a great reworking but ultimately seems a bit of a lost opportunity given the strength of the original material on display here. However, if my only quibble is around the inclusion of a cover song over an original, that can't be a bad thing!

This album is full of very good songs, the playing is strong throughout and the recording brings out the best in all of this. Over and above that, what sets 'This Side or the Other' apart for me is the ragged dignity in David Olney's voice and performance and that's obviously something which can only be arrived at through time, work and experience, plus a large measure of talent of course!

This Side Or The Other