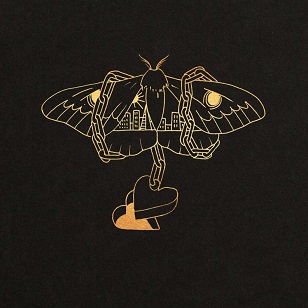 
It's been five years since Gray released 'Mutineers', during which time he's clearly been experimenting with both his songwriting and musical textures. The former shifts away from personal issues into more intangible if not existential areas, while the latter introduces an electronica sheen to the core folk foundations. Working with multi-instrumentalist producer Ben de Vries (whose dad Marius produced 2005's 'Life In Slow Motion'), in addition to the electronics the album features horns, strings, piano, harmonium and even an opera sample while the often obtuse and impressionistic lyrics variously touch on nature, time, apathy, loss of faith and emotional detachment.

Opening track, 'The Sapling', a song basically about taking the time to smell the roses, rather false foots you with Gray's slightly warm, soulful sandpapery vocals serviced by a memorable Celtic-tinged melody and gospel-like female backing scored with tuba, Cor Anglais, sax, trumpet and trombone. The electronica bubbles in with the title track, a lyrical variation on the same theme ("Arise you fools/The day is brief"), that passes dreamily by, but there's rather too many numbers that, like 'Following' and 'Mallory', rely on languorous ambience, drifting like clouds but never quite taking substance, feeling at times like Phil Collins in his most introspective, pensive fogs.

It tests endurance with 'Hurricane Season' which, at a five and half-minutes but feeling more like an eternity, is more like a heat hazed breeze than a storm. There are, however, numbers that prove more interesting and intoxicating, such as 'It's Late' with its languid hints of Bryan Ferry and vague melodic echoes of 'True Colors', or the undulating pop shuffle of 'Hall of Mirrors', while 'Ridiculous Heart' is like Rag and Bone Man in taffeta.

The almost mantra-like 'Watching The Waves' is a particular standout while the cool, sophisticated rippling Roxyish pop of 'If 8 Were 9', which finds his emotive rainy warble at its most effective, brings to a close an album that doesn't always work, but which, in its willingness to stretch Gray's parameters, could never be accused of coasting on past and familiar glories.