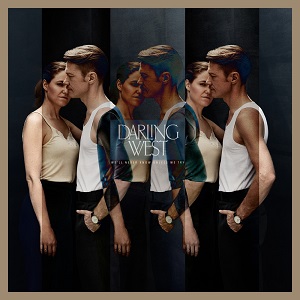 
Mari and Tor Egil Kreken are a husband and wife Americana or, as Lucinda Williams terms them, 'cosmic folk', duo from Norway, this being their second album following lengthy periods spent in the USA.

Featuring Mari on lead and with instrumentation that includes banjo, dulcimer and electric and acoustic guitars alongside guest musicians on drums, pedal steel, mandolin and keys, it opens with the light acoustic beginning of love 'Hey There' to be followed with the slightly more uptempo but still dreamy SoCal vibe of 'Make It Last. With a twinge of 60s soul to its intro and featuring the first traces of pedal steel, 'Can't Help It' has a sort of Fleetwood Maccy feel, especially to the chorus, while, an early highpoint the vaguely gospel influenced folksiness of 'River' comes with oohing background harmonies and a repeated percussive scuff. Again relaxed and reflective, the softly sung 'Try' shows her vocals to fine effect with their edge of yearning, although the best moment here comes with the quietly dappled melody of 'Home', vocals and pedal steel in keening harmony.

Although, featuring harmonica and a folksy rhythmic chug, 'True Friends' lifts the pace somewhat and 'The Calling' has an interesting circling acoustic guitar pattern, muted drums and rumbling backing vocals, it's fair to say there's not a huge sonic variety or musical challenges here, but they're never less than pleasurably listenable, finally pulling out the stops for the closing track where it's all stripped back to bleak banjo and omnichord for the loss-themed 'When Mountains Fall' where she sings of "How they all started to flinch and look the other way / And none of them had a single thing to say". They might be better served in future by perhaps sharing out the vocals and adding some extra muscle to the melodies, but I guess they'll never know unless they try.