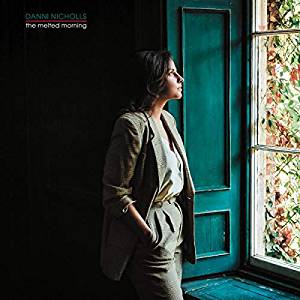 
Just when you think someone can't possibly outdo their previous release, along comes The Melted Morning, the brand new CD by Danni Nicholls. Hailing from Bedford, this is now her third full length CD release, although she also has a couple of EPs. These releases have already earned her several award nominations here in the UK and she has played such prestigious venues as Sage Gateshead.

It was produced in Nashville by Jordan Brooke Hamlin, who has worked, among others, with The Indigo Girls, Brandi Carliile and Lucy Wainright Roche. Of eleven tracks, several are co-writes, including Ben Glover Kyshona Armstrong, Robby Hecht and Jess Morgan. The Secret Sisters also lend their vocals to the collection.

Similarly to Danni's previous works, her diverse sound finds itself somewhere between country, Americana, blues, soul and gospel; never was the latter more stunning than the beautiful Hear Your Voice, which holds a touching story and message.

The songs speak to us of our need for human connection, fear, rejection, pain and dark and light and hope; the spectrum of human emotion and experience contained in one CD. Her beautiful voice conveys the vulnerability of the lyrics, allowing the stories to speak to your soul. Some, you can tell have come from a very real, raw, honest place.

In all honesty it is such a strong album, it is difficult to choose, but standout tracks for me would be; Ancient Embers (we could all do with listening to this once in a while), Losing It, Hear Your Voice, Texas and Power to Leave.

This in album that deserves, no, needs, to be heard; I am in no doubt that this is the album of her career so far. Her light is shining and I hope it brings her the recognition she has worked so hard for for over a decade.

An additional note, Danni has a string of UK dates coming up; I recommend going to see her perform live; she has a remarkable energy and gift for bringing her songs to life.