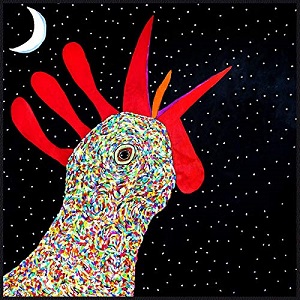 
Swedish singer-songwriter Daniel Norgren has been releasing his music through the small indie label Superpuma Records since 2006. A lover of the quirky and idiosyncratic he often uses home-made instruments, lo fi recording techniques and natural settings to capture the sounds he seeks.

For this album, 'Woo Dang', Daniel retreated to a single room of a 19th century textile farmhouse in the woods near his home in south west Sweden. He tells us "The interior looked like it hadn't been touched for the past 80 years. The house was huge, full of good, inspiring mustiness, creaking wooden floors, scary old portrait paintings on the walls, and an old black German piano which I used in all the songs".

The record of was recorded live on a 16 track analogue rig and features old friends and band members Anders Grahn on bass, Erik Berntsson, drums and Andreas Filipsson, guitar and banjo. All ten songs are Daniel Norgren originals, he produced the album and it was engineered by long time collaborator and Superpuma Records founder Pelle Nyhage.

Opening track 'Blue Sky Moon' enters on spacey, ethereal synth sounding drones, bird song and other effects for around 2 minutes until the advent of some tinny, spiky guitar that builds slightly towards the end with some ghostly voices buried deep in the mix. I have to say this is not the most engaging of opening songs and forever feels like it is heading towards something more substantial, but sadly never does.

'The Flow' follows and is similarly meditative but this time it really hits the spot. A bumping bass, shuffling drums and a beautiful piano line ushers things in before Daniels heavily treated vocal arrives with the song pushing and pulling through a lovely 6 minutes plus. Underneath the echoey, reverbed treatment, Daniels voice conjures up tones of Neil Young and the late Levon Helm, which suits the ageless sense of this music very well.

'Dandelion Time' is a percussion heavy, joyous romp of a song that sounds like Johnny Cash covering John Lee Hooker as Daniel barks out the lyrics supported by some fine harmonies.

On to track four, 'The Power' and its the piano back to the fore with its rolling almost 'Unchained Melody' type ballad part, 'Rolling Rolling Rolling' follows in similar fashion and features to my ears Daniels best vocal on the album and a particularly fine drum track, then 'So Glad' completes this trio of reflective numbers with another fine vocal performance and effective, atmospheric drones supporting the melody.

'Let Love Run The Game' is a great song with its driving, reverbed guitar and strong piano again to the fore before 'The Day That's Just Begun' slows things down again to great effect being a glorious declaration of love, "Now you're the best I've ever seen, you're the apple of my dream, you're the flowers in the sun, you're the coffee in my cup, you're the one who woke me up, and you're the day that's just begun". Who wouldn't want to be the subject of that song?

Penultimate track 'When I Hold You In My Arms' is almost Mariachi in timing and structure boasting some fine harmony vocals, whilst the instrumental album closer and title track 'Wooh Dang' is more of an outro than a full piece, but with a sweet piano lead that is recorded in such a way it conjures up the sort of musical imagery that comes out of a saloon in the wild west before Clint Eastwood enters and it all goes silent!

Quite a grower this album as it subtly reveals itself over repeated listens. Granted, I still think the opening track is a bit of a missed opportunity but from then on in it doesn't miss a trick. As a recording it manages to sound both old and contemporary at the same time and factor in the ensemble playing and creative harmonies and it captures something of the shambolic brilliance of The Band. Using the distinctive tone and timbre of the old German piano on each track was also something of a master stroke as it binds the album together very effectively.

Daniel Norgren is certainly a man of musical depth with a vision that really does come to fruition on 'Wooh Dang', thoroughly recommended.